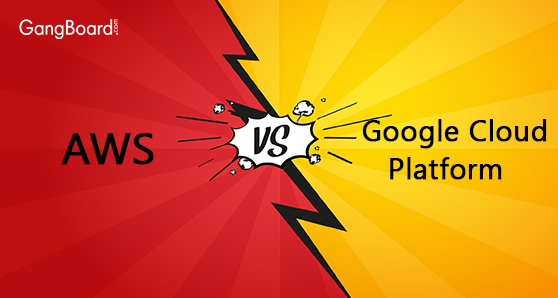 AWS is broadly known as Amazon Web Services is a platform that provides Cloud Computing Services to either individuals or to enterprises. This service allows the customer to use a virtual assembly of the computer through the internet. The Google Cloud Platform (GCP) is another Cloud Computing Service launched by Google. In this service, the user would be able to use the same infrastructure that is used by Gmail or YouTube.

AWS is a cloud computing platform that provides a virtual computing system similar to any normal computer. Individual or enterprises are charged on a pay-as-you-use basis. This platform provides a set of virtual infrastructure and various computing tools and building blocks. AWS Infrastructure-as-a-service offers four basic segments that are computing, networking, content delivery and storage, and database management. This platform provides several virtual services some of the examples are Amazon Elastic Compute Cloud (EC2), Storage Service (S3), Elastic Beanstalk and many more. This technology is installed at various server farms, across the globe. AWS EC2 provides block storage by its Elastic Block Store (EBS). EBS supports various advanced feature such as cloning and snapshotting. The maximum size of the storage block can be up to 16 TB. EBS block storage provides persistence storage which is independent of the lifetime of AWS EC2 instance (virtual machine). This platform uses powerful software such as Watson and DB2.


Become a AWS Certified Professional in 35Hours
AWS also support the developer by providing a platform like AWS Developer Tools. This tool consists of four application development services. AWS also has a set of powerful analytic tools such as Athena for analyzing data from S3, AWS Redshift for the management of Petabyte scale data warehouse and several services. Redshift is also used for its massively parallel processing speed for analyzing huge data. For the visualization purpose, AWS has QuickSight for converting all customer data into a simple user-friendly format. AWS also offers a Data Pipeline service for secure data delivery from one place to another place. AWS provides Glue for performing ETL (Extract, Transform, and Load) tasks on the data from the data storages.  This technology is used by many users for effectively managing their business.

Google Cloud Platform or GCP provides five basic services that are Data Storage, Networking, Machine Learning, Computing & Hosting, and Machine Learning. This service also provides a series of modular cloud services. This platform offers IaaS, SaaS and PaaS services. This platform provides several types of tools that can be used in a different situation. One of the advantages of CGP is the global presence of the Google search engine. This platform offers to compute engine which is an IaaS service for providing virtual machines. These VM are based on the Kernel Virtual Machine technology. This technology enables GCP to run several virtual machines at the same time. For efficient networking between the servers of the GCP uses various networking technology for interconnecting data centers across the globe. Also, Google has its own network of high-quality fiber network across the globe. This makes the networking service of GCP faster and more efficient. This network is also used for delivering content to end user via ISPs.


Become a Google Cloud Certified Professional in 35Hours
GCP offers App Engine for developing new applications which are based on the library of the engine. For data storage and database management, GCP provides services such as Cloud Storage, Bigtable, Cloud SQL, and Cloud Spanner. These services are based on NoSQL, BigData and SQL services for efficient management of the database.  All the transmitted data between the centers and the users are encrypted. Event the data that are stored in the databases are encrypted with 256-bit AES encryption keys. GCP has its own AL processing chip that is applicable for the various services. The AL is called as Tensor Processing Unit (TPU). This AI assists the users while they use various services of GCP.

Difference Between AWS and Google Cloud