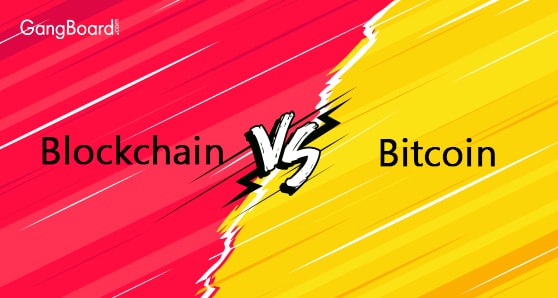 Are blockchain and bitcoin same? Or they are completely different from each other? These are some of the questions beings asked by professionals these days. However, these two technologies are related to each other. Let us discuss these two technologies in brief.
If you are in the financial services business, you will know about the term “cryptocurrency” and the technologies associated with it. A fascinating technology, but the definition in the google or wikipedia is making it deliberately complex. Let us break these fake difficulty wall that is built around the blockchain technology.

Blockchain is a ledger or a database comprised of the bitcoin transaction records. It is an easy way of passing information from A to B in the simplest and more trusted manner. Blockchain is open and secure and has been programmed so that it can be easily accessible to all.
For those, who are breaking the heads with this technology, it is actually simple when it is written in “English” rather than in the business or finance terms. The word blockchain, when broken, block+chain, gives the two words block and chain.
Blocks – Blocks, a plain meaning of this word is a large building, that can be divided into apartments, studios, rooms or flats.
Chain – helps to connect any two entities irrespective of their nature.
So when it comes to cryptocurrency, block is a large book that will store information. It is like one big memory card that will have the data stored and retrieve, edit or modify them when required.
Let us see this with another guy who performs more or less a similar function like blockchain.
When you visit any website, you would have read a pop-up form telling that, “The website uses cookies in the privacy policy to provide a better experience to you” with the button accept. When you click the accept button, information about you is stored.
Hence this technology is growing stronger and is being used by even small transaction across various industries. This technology has been developed such that it can adapt across different industries and can be changed according to high-quality standard as per the company requirements.

Bitcoin is digital currency or a computer file stored in locations known as wallets. The bitcoin wallet can be online or it can be stored in hardware device. This bitcoin wallet looks like strings of numbers and letters. It is released as open source software in 2009 and is the world’s first cryptocurrency.  Bitcoin has a limited supply; there are only 21 million bitcoin available. Bitcoin solves “double spend” problem distributed network.
Bitcoin is a cryptocurrency (a form of digital currency) that is used to trade transactions over the online portal. Bitcoin, considered as one of the successful technologies to empower the online transactions.
Bitcoin is built based on the blockchain technology. So, the functioning and the operational part remains same at core, differs in the structural and technology part. Blockchain stores information in their blocks. Bitcoin uses strings of letters and numbers and they are linked using an in-built algorithm. Algorithm main function is to create Bitcoins storage units.
Bitcoin is an evolved blockchain. The advanced version where the transactional information like account number, confident credentials, amount, and balances are all opted in for higher level of security. With Bitcoin, the payment over online is made with a rigid robust firewall.
Bitcoin is also a form of currency, so good news is you can earn them. The currency can be traded with other forms of currencies (refer the bitcoin foundation for more specific information on this). When written as Bitcoin, it is technology and bitcoin is the currency.
How do you earn the bitcoin? By mining.  Not the stone age mining, but the one you can do by playing video games, writing blog posts. The currency will be paid is in crypto, AKA, bitcoins. It is like getting paid in GBP, EUR, USD.
But miners actually get paid for in real whenever they verify a bitcoin transaction.

This cookie is now going to track your usage, interests, pages where you spend more time, your frequent downloads or anything you do on the web. So, the label of the cookie will not be necessarily your name. But with some unique ID, to differentiate you from the rest of other billions of web users.
Now, in the case of the blockchain–it–stores your information about the transaction you made online. There are over millions of e-commerce stores, paid registration forms, ticket bookings or a subscription service to a product or an applications on online. When you make a payment, a transaction is made from your bank account or e-wallet to your vendor. This has to be,

since the transaction happens over a virtual platform, where you can’t see the money handed over.

The exact amount needs to be taken from one account and deposited in another account correctly.
Stored:
The transacted payment needs to be recorded somewhere in online, like we have a ledger.
So, your blockchain is a currency in the digital world, that has information about your transaction. The information are encrypted to protect them from fradulents.


To Know more details about What is Block Chain?- Click Here !

Comparison Between Blockchain vs Bitcoin

In the latest times, surfing over the internet is becoming visibly viral all over, irrespective of gender or interest of the users. People learning about technology seems encouraging to discover new things and thrive for constant improvisations. And the digital currency is like the robotics in the software industry. Understanding might require a bit of intentional interest when it comes to cryptocurrency but the development is great.
Looking at all the discussion we can conclude that bitcoin is not blockchain but instead, Bitcoin is transacted over an open anonymous network. You can say blockchain is an operating system and bitcoin is one of the many applications that run on that system.