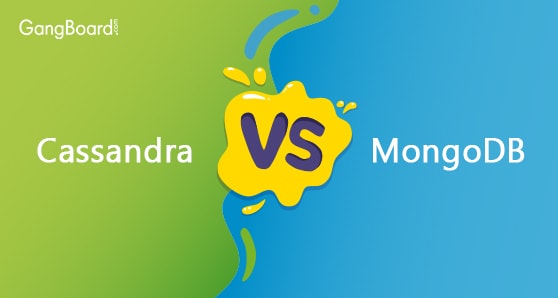 Cassandra is developed on the platform of Google’s BigTable and Amazon’s Dynamo. This system was developed by Facebook for handling its big sets of data. It was built-for-scale architecture which means Cassandra would be able to handle a huge amount of data and operation in every second. Cassandra also provides other facilities such as linear scale performance, continuous availability, easy data distribution, and operational simplicity.

The architecture of the system is fully responsible to perform and offer continuous uptime in when it is operational. Cassandra uses a master-less ring design for its architecture. This design helps in making Cassandra an easy to set up, easy to maintain and elegant database management system.

Every node in database architecture has identical roles. Cassandra being a master-less design, none of the nodes could be considered as a master node. All nodes would communicate with each other as equals.

MongoDB is an open-source DBMS (Data Base Management System) program. This system utilizes a document database model which would increase the flexibility and scalability of the system. MongoDB is fully capable of handling different kinds of data formats. This database system would also be able to handle those data that could not be processed through the regular databases which use a Rigid Relational Model.

This database system would also support ad hoc queries which include regular expression, range query, and field searches. Every field in this database would be indexed with secondary and primary indices. For storing files, this system uses a file system known as GridFS.

This system has data replication and data load balancing features that could be applicable over several machines. This database also supports fixed-size collection known as Capped Collection. It generally behaves like a circular queue.

Difference Between Cassandra and MongoDB