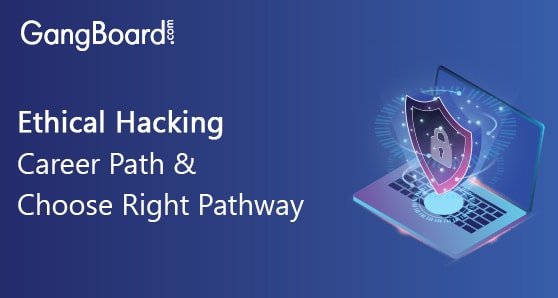 What is  Cyber Security?

Cyber-security can be defined by the body of various processes, technologies, and practices that are mainly designed to protect programs, networks, data and devices from unauthorized access, damage or attack. The term cyber-security can also be termed as security for the information technology sectors.

The following are some of the massive benefits of cyber-security:

What Is Ethical Hacking?

Ethical Hacking can be defined by the act of locating various vulnerabilities and weaknesses of information systems and computers, mainly by duplicating the actions and intent of all the malicious online hackers. The term can also be defined by intrusion testing, penetration testing and red teaming.

No specific education background but having a diploma or bachelor’s degree in computer science and IT security system will be a plus point. Relevant job experience is also taken into account.

Enhancing basic programming languages with the use of Java Programming, C/C++. Furthermore, Python Scripting is recommended.

Obtaining security clearance from the respective government and governing institutions. If the person has any kind of criminal background, then such career growth will be tough.

Obtaining some years of IT experience related to the field of security, learning in-depth data regarding the creation of viruses and malware and learning to by-pass firewalls, antivirus systems and unlock passwords.

Basic understanding of various programming languages including PHP, Javascript, HTML and so on.

Basic knowledge of computers and their operations. Furthermore, knowing Windows Command Prompt and the know-how to edit the Windows Registry.

Key concepts on hacking such as Penetration Testing, Vulnerability Assessment, SQL Injection, and the likes.

Knowing the basic concepts of computer networking and its various elements such as VPN and proxies. Furthermore, processes such as IP addressing and NAT should also be known.

How Can I Effectively Learn Ethical Hacking?

Linux is the ultimate operating system for hackers and knows how to use it along with its commands is a must.

Learning To Use Backdoor

You need to learn how to use backdoors because backdoors help in monitoring the entire system even when you’ll not be using it.

A system is needed for you to practice hacking with various methods and exploits. Constant research is required for the same as you’ll need to find out every possible exploit for any network or an operating system.

Every time you try to hack any network or system, your aim should be to not leave any traces of information inside the target system or network.

What Are The Tools For Using Ethical Hacking?

The following are some of the most popular tools used by ethical hackers all over the world:

Networking and internet security are two of the quickest evolving industries in the IT sector around the world where such ethical hackers can obtain employment. Ethical hackers are mainly hired to detect any kind of vulnerability that may exist inside a network and then tries to fix them as well. Such hackers can either join government organizations or private companies generally as experts in the domain of cyber-security. IT firms are the biggest recruiters along with retail chain companies, airline companies and so on. Government agencies of the law and military enforcement, forensic laboratories, investigation and detective companies offer numerous challenging careers for ethical hackers. Furthermore, companies like IBM, Amazon, Microsoft, Apple, Mercedes, Intel, Advanced Micro Devices, Dell, Hewlett-Packard and so on are also large recruiters of ethical hackers.