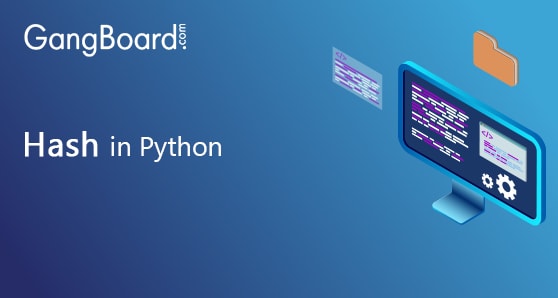 Python is a level programming language, built on the C platform. Python being an Object Oriented Programming language, it is not only versatile but also has large features that help developers to develop high-level applications.
Python has many in-built libraries, which has hundreds of functions, and modules, which helps to perform some operation without having to type code for it. We can just use the in-built function available in Python, perform the required operations.

For example, if you want to reverse a list of values, it is not required to write a code to reverse, python makes it so simple that, it has provided us with the reverse() method, it can be used to reverse the variable permanently.

Hash() is one of these methods. In this we will discuss more on the hash() module, how it is used, its features and how to make use of hash()  in your programming day today.
Hash method is available in Python, which is used to return the hash value of an object. It is used to return integer values, which can be used in comparing dictionary keys by using the dictionary lookup feature.

The hash() method has only one parameter object. Object, we have to pass the value that needs to hashed and returned to the user, it can be in the form of an integer, float or string

Let us take a look into a couple of sample codes, to understand the hash() method much better.

How to use Hash on Immutable Tuple?