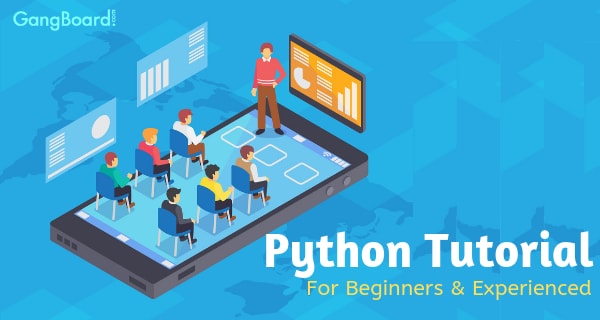 init is reserved python keyword. we are treating this keyword for creating default class constructor in python. it works with classes, __init__() is a special method of a class that initializes the variables.
__init__() method is default method which will be called whenever an object of the class is created.__init__(<reference to an object >) takes at least 1 argument by default, it is essential to pass the argument as object reference when we create __init__ function inside a class
Syntax :


Example 1:
In the above example, we have created class A which consists of __init__(self) function. Here we are initializing

Become a Python Certified Expert in 25Hours
In the above code, we are calling an object for class A with name “Object” & we are using class reference A to access
__init__(self) which is defined in class A. This method is creating an object of class A named “Object” and calling
__init__(self) where ”self” in a reference to an object instance and it initializes self.a to 10

__init__() function, 1 argument is always treated as a reference to an object and rest of arguments which are passed are consider as initialization parameters
Syntax :

Get Prepared for Python Interviews!
Example 2:


where , self .x = x =10  and self.y=y=20 , here initialization is achieved with multiple parameters. Let’s see more examples to understand in depth.
# Create class Human which will initialize values like “Height” and “Weight”
Output :
# Create a class Rectangle which will take length and breadth values in the class constructor call
Output: