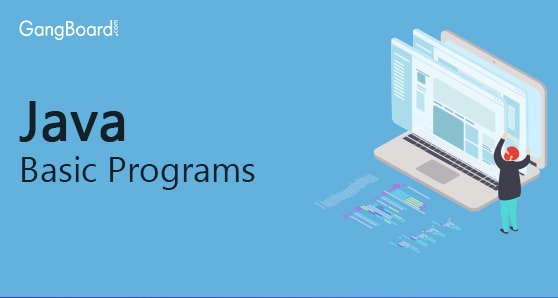 In this blog post, you will acquire the understanding of creating a simple Java program. There are a few things that you will need for successful compilation and execution of Java code. You’ll learn step by step writing, compilation and execution of Java code.
Before you write your first program in Java and compile it, you’ll need a text editor to write the code and a software called JDK to compile and execute the code.

To write the code:

To compile and run the code:

The path setting is mandatory for using tools like java compiler i.e. javac and java etc.
While setting the path keep following things in mind:

Types of path setting in Java:

Temporary path setting is very easy. Follow the steps given below to set path temporarily:
Step 1: Go to command prompt and open it.
Step 2: Copy the JDK/bin directory path. Let’s say it is path_copied.
Step 3: Write the following command in command prompt:

Permanent path setting is a bit different from the temporary path setting. Follow the steps given below, for Window:
Step 1: Right click on MyComputer.
Step 2: Go to properties.
Step 3: Go to the advanced tab.
Step 4: Go to environment variables.
Step 5: Go to the new tab of user variables.
Step 6: In the variable name, write the path.
Step 7: In variable value, write the path of the bin folder.
Step 8: Click ok.

Compiling and executing the program:

If you are using an IDE viz. NetBeans or Eclipse, you can copy paste the code in the editor of IDE and use debug, compile and run buttons there to execute the code. Use of IDE improves your efficiency and reduces the time taken to run the code.

Understanding the simple program in Java:

Java programming language is case sensitive. It means that lower cases are different from upper cases. It means ‘JAVA’ is not the same as ‘java’.
In the program example here, different parameters have been used. Let us understand what they are and why they are used in the program.

Note: For the beginners, Notepad or Notepad++ can be used.


This program is saved as Basic.java, where Basic is the file name and .java is the extension. Java filename should match with the class name and classname must start with the uppercase letter.
In this program, apart from red and blue coloured words, remaining words are keywords.

Now, what is a keyword ?

A word which has a predefined meaning to be understood by that particular device (here, our computer) & to perform an action based on the instruction given in the form of that word, is called a Keyword.
The keywords used in this program are :

import is used just like ‘#include’ in ‘c’. It is used to provide the accessibility of  java packages which are mentioned near this keyword.

In this ‘java’ is a package & ‘io’ (which is input output) is a sub package. And ‘*’ denotes all the classes from java’s io package.

Now, what are packages and classes ?

Classes: To be short, classes are just like a template which hold certain properties and behaviours. (In detail, will be dealt under Classes and Objects topic).
Packages: Packages are just folders used to hold certain number of classes.

Now, ‘import java.io.*;’ says to include all the features available in classes of java’s io package.

Ans: For java, we install jdk (Java Development Kit). Jdk contains jre(Java Runtime Environment). Within jre, there exists jvm(Java Virtual Machine).
This jvm compiles the code of Basic.java file, i.e, it checks for any syntax error then converts Basic.java file to Basic.class file. This .class file contains byte code of our program, which is then read and executed by the cpu.