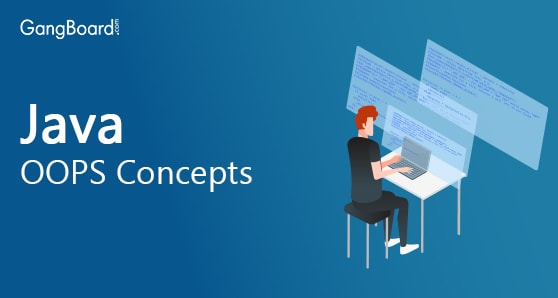 Java a computer programming language was created by trio James Gosling, Mike Sheridan, and Patrick Naughton at Sun Microsystems in 1995. Java is an object-oriented and general programming language known for its fast, reliable, and secured features. It is a class-based programming language and built around the concepts of objects wherein programmers are allowed to create first the objects and then create methods to handle those objects.

Let’s see some of the features of OOPS concepts

Java has developed with the concept of “write once and run anywhere” meaning this program has the capability to run itself on any operating system. The entire java program has been developed using oops concepts. It helps to combine data and action together and focus on components instead of procedures with the object as a basic unit. This concept is used to design the objects and reuse the code whenever required. Some of the features of OOPS are as follows:

A class in java means a group of similar entities. They are the templates that are used to create objects to define the object data types and methods.

Object is the instance of the class. It is an entity that has state and behavior. The object has three important characteristics namely state, behavior, identity.

Inheritance is a very important concept wherein object acquires the properties and behaviors of the parent object. In this concept, an object is based on another object. Here we can reuse the fields and methods of the existing class which facilitates in reusability and is an important concept of object-oriented concept.

An abstraction is a concept in which the internal details are hidden and described them in simpler terms. It represents the essentials features without including background details. It helps to reduce complexity in the program. Abstraction has eliminated the writing new code every time thus helping in code reusability. Abstraction can be achieved in two ways: a) Abstract class b) Interface.

It is a technique which helps to implement abstract in an object-oriented program. It is used to bind your code and data in a single unit. It helps in reusing the functionality without compromising the security. Here the objects do not know each other and the information is hidden from the outside world completely.

Java is easy to learn, write, compile and debug than any other programming language.

Java language has been developed using OOPS concepts which makes it unique from other programming languages. It allows the programmer to create modular programs and reusable code.

Here the code written for one program can be reused to other programs easily thus it saves a lot of time.

Java has been developed with the concept of “write once run everywhere”. This unique feature allows programmers to write the code only one time and run it any operating system.

Applications built over java are more secured and hence many companies prefer java to develop their software projects.

Today, Java has become the most popular language. Java language has a great future and it provides wider opportunities to the learners. As java is a platform independent language it is highly preferred by the organization to develop both desktop and web-based software application.