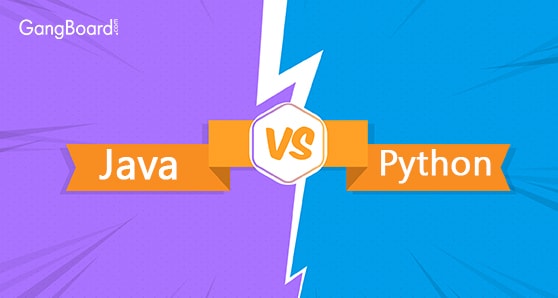 Python and Java are two programming languages designed to help programmers create websites and applications. Biding by two different approaches they are liked for their individuality. Further in-depth information on the same is given below in details in segments for ease of understanding.
Both are involved in the coding scene for more than 2 decades and are constantly on the search for better options to stand out. When java comes from a purpose build function of being a mobile platform and later moving to  computers, python concentrates more on being user-friendly and cost and time effective.

Java as a programming language was developed in the 1990s focusing for use on mobile phones. But when the updated version was released the priority slowly moved towards web page creation specifically in the creation of animated pages. Java have since its launch have adapted for application for both online and offline purposes.
Java has been evolving for the vibrancy of its requirements and hence is capable of a variety of functions.
Java is used for making different computer applications and the web-plugin that java has helps to run these programs in the browser.

The main specialty of Java is that of being a very base and crude form of programming language making it the real deal for first time users. Once mastered Java makes it easy for the programmer to adapt to any other programming language with great ease. It makes the understanding of coding works, algorithm, flowchart and more.
Java was designed in order to cover various features through its function as given below

Java is designed to withstand the mistakes that may arise out of the human errors that might arise from the programmer’s end hence an object oriented programming was introduced.

Due to its initial foundation is close to that of the mobile phones, Java includes security as its very second nature to protect personnel information. This has made it one of the most secure programming languages around.

Java improvised the idea of C++ so that its transition is into a powerful and user friendly programming language, making it highly popular among programmers.

Java is independent of the platform that it runs on and once coded it runs on pretty much any system making it highly desirable.

The large library provided by Java have classes and lessons for beginners making it highly talked about among programmers.


Become a Expert in Java with Certification in 25Hours

Java runs on Java virtual machine, it takes up a lot of memory space which is not an attractive feature for any program.

The added requirement of space adds to the cost part in terms of hardware and software installations.

There are no options for garbage collection which makes the programmer not being in control of deleting where ever required.

Python as a general purpose language was created in the 1980s. It is a high level dynamic language programing that is liked for the quick and user friendly nature of its design. Clean and shorter syntax makes it a relatively to learn in the two with an easier understanding and mastery by beginners.

Python is considered as a very easy language to learn as it has very simple syntax. This makes it very easy to read and write the language. It is more focused on the results than the complexities.

Python is a free service that makes it highly popular among the programmers and they also play an active role in developing and help evolve python into a sort of community ownership even being able to make changes to the source code.

Python being an object oriented program, the complexities are simplified and made easier to resolve in parts.

The code library that is provided by python makes the life of a programmer easier as it’s possible to find popular coding in a readymade format. This is possible due to the community involvement that was mentioned previously.

Python is adaptable enough to be combined with other coding languages to achieve the desired result making it highly attractive when working on innovative and new ideas.


Get Prepared for Python Interviews !

Though strong in computers python lacks the compatibility in mobile platform which is a major drawback as the era of computers are slowly giving way to mobiles. This can lead to a irreparable damage to reputation.

Being dynamically typed comes with its own disadvantages such as the lack of designs. In the fast changing world of computers, things like designs give the edge and the lack of the same can be restrictive to the programmer and the project.

Lack of availability of mature packages

Though python have several matlab tools, most seem to be inadequate and not developed to the extend where the market demands. Along with poor support and documentation this can be highly frustrating while working on a project.

Applications of Java and Python

The area of web designing that deals with soft wares that run on the server is something that can be handled by Python and Java. As per reviews it is highly popular among programmers.
The backend working being difficult the programmers depend on framework without redoing the whole process over again. Micro web frameworks like Flask and Django are gives the very basic functions without too much trouble. The powerful ORM layer that works with different data operations is a key addition in Django hence it provides a powerful backend support in security and efficiency.
With a larger community support Java is very well renowned backend frame work. Though not as popular as Django, it is a favourite option for enterprise level applications.

The ease of learning and application have made python popular option for programmers experimenting with power of AL in their areas and trying for new and innovative experiments. The access to big library an deco system makes it a favourite choice.
When it comes to Machine learning, Java is highly favoured too. The easy to debug and the enterprise level application makes it desirable to programmers. Mallet, deeplearning4 are some of the areas that are in use.

They both have similar yet different priorities hence an apple to apple comparison might not be fair but the below mentioned are based on the common norms.

Since both are popular and with abilities, choosing one or another not necessarily cause a loss of opportunity though the actual application may suffer in terms of the time taken to learn etc.

Syntax based makes python an attractive choice for the ease of learning opposed to Java where the learning can be time consuming but effective in long term learning.

It is observed that python is comparatively slower than Java at various level which is a disadvantage when undertaken for big projects.

When python depends on Django and flask java is focused on spring and blade. Selection of these frameworks differs in the speed and the final result produced.

Tensorflow and PyTorch seems to be the popular library access for Python when compared to Java that depends on Weka, Mallet and deeplearning4j.

Once major specialist of Python being the use of white space for beginning and end of blocks of code unlike java that uses braces for the same purpose. The choice of the same again is totally depended on the programmer and the experience.
Java being a strongly typed language also restrict the data type of variable to be changed to the requirement unlike python that follows a easy typing and changes are allowed. This is unlike most of the programming languages and this mean the time spend on java for the correct coding can be longer compared to python.

We can learn from the above given information that both Java and python have their benefits and it is the programmer and the type of project that is undertaken to decide to choose from the two. When the project is running on a tight time schedule python would be the obvious choice where as if the scale of the enterprise operation is the priority it would be a role by Java. Both are continuously evolving and on a neck to neck competition to excel each other.
There are advantages and disadvantages which cross path between the two from the cost to ease of application to compatibility to access to data or information. Java does hold a slight advantage compared to python due to the legacy that had been created over the years where as in the era of mobile phones python seems to be slightly lagging behind due to the incompetence in being in line with the mobile platform advantage.