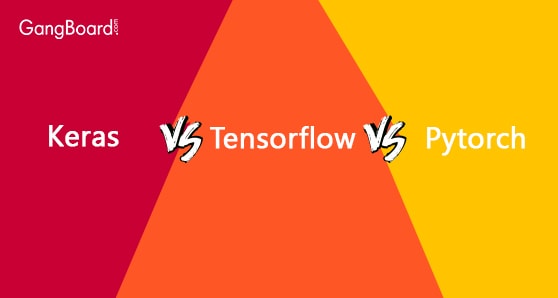 This is another library framework which is written in Python code language. Keras library framework is fully capable of running on Microsoft Cognitive Toolkit, Theano, PlaidML, and Tensorflow. While developing this framework, the emphasis was given on it being modular, extensive, and user-friendly.

The framework would consist of several neural network building blocks. These building blocks would include objectives, optimizers, activation functions, and layers. This library would also contain several tools that would help while working with text data and images. Along with the general neural network, Keras would also support recurrent neural and convolutional networks. This library also supports common utility layers.

Tensorflow is a library framework that is applicable for machine learning applications. This framework is a mathematical library used for numerical computation by applying data from the flow graph. The edges of the graph would represent multidimensional data arrays and nodes would represent various mathematical representations. It would teach neural networks about the mathematical symbol, image recognition, and partial differentiation. This library is fully capable of running on multiple GPUs and CPUs.

The architecture of the framework is very flexible in nature. This framework could be implemented either on desktops, servers’ clusters or edge and mobile devices. This library framework was initially made for the internal use of Google. This framework might also support Haskell, Julia, Rust, C#, Scala, Crystal, and OCami. Tensorflow is also used as the foundation of the automated image capturing software.

This framework is a machine learning library which is applicable for application such as natural language processing. Pytorch is also applicable for building various types of applications. This library framework has two important features. The first feature of the library would be the automatic differentiation for training and building of the deep neural network. The network would base upon the auto grad system.

The second feature would be the tensor computational ability with support from high power GPU acceleration. Pytorch has three modules of operations. They are the Optimum Module, Autograd Module, and nn Module. Each module has its own specific functions and applications. For example, Optimum Module is for implementing various types of an algorithm for the development of the neural network. And the nn Module is for defining all complex low-level neural networks.

Difference Between Keras, Tensorflow and Pytorch