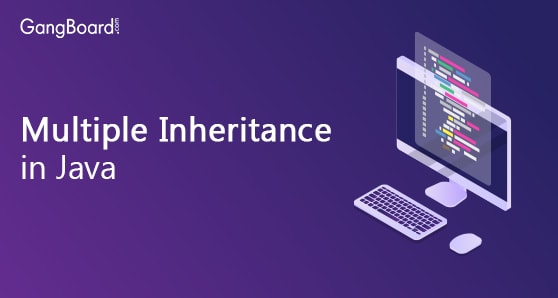 Java 8 Ability to Support the Feature of Multiple Inheritances

Sun Microsystems originally developed the Java programming language initiated by James Gosling, while released during the year 1995 in the form of core component of the Java platform owned by Sun Microsystems.

Overview and Features of Java 8

Java 8 is the latest version of Java programming language, which is capable to support functional programming, latest APIs for both time and date manipulation, latest Java Script engine and latest streaming APIs and many more.

Multiple inheritance features few of the object-oriented programming languages, where a specific object or class inherits characteristics from two or more than two parent classes or objects. Multiple inheritances thus come with symmetrical merging as well as asymmetric extension from the perspective of an inheritance.

Java 8 to Support the Feature of Multiple Inheritances

Until now, we know that Java 7, the previous version Java is unable to support the feature of multiple inheritances. However, in case of Java 8, we are able to realize the concept of multiple inheritance and its key features with the help of default methods, an innovative feature introduced in Java 8. In this way, we can use Java 8 without dealing with the diamond problem.


Get Prepared for Java Interviews!

If you were doing Java programming for a long time, you would likely understand the difficulty of adding any new method in the already existing interface. You have to implement the respective new method in java classes implementing the respective interface. Indeed, the process is highly difficult. Hence, to ease the procedure, Java 8 has come up with its innovative Default Methods feature to assist you dealing with the situation.

Default methods present in interfaces refer to methods involved by Java programming language by default in case it does not override in the implementation of classes. In this way, default methods allow you in the addition of new functions to the existing interfaces and make sure backward compatibility for already existing classes responsible to implement the respective interface. You may even understand the Default Method based on the mentioned example.

For instance, we have a Movable interface i.e. the existing interface and we want to include a new method i.e. MoveFast(). If Java programmers choose to add MoveFast() method by applying the old technique (as found in Java 7), each of the classes implementing Movable will also change. On the other side, a programmer may add the new default method of MoveFast() in a hassle-free way as possible. As each of the classes implementing the interface of Movable does not change on its own, all classes may call instance.MoveFast() method directly.

How Default Methods Work to Support the Feature of “Multiple Inheritance”

Until the concept of Java 7, we know that extends keyword is responsible to support inheritance and it creates a child class from its parent class. This means, you are unable to extend from two different classes. Until the previous version of Java 7, interfaces were available only to declare the contracts, which implementing classes should implement. There was not any specific behavior remained attached with interfaces to inherit by a class.

Hence, even when a class can implement the numbers of interfaces it wants, it was incorrect to use the term of multiple inheritance. However, with the launch of default methods in Java 8, interfaces also possess behaviors. Therefore, now, if any class implements two different interfaces and both of them define default methods, it essentially inherits behaviors from two different parents called as multiple inheritances.