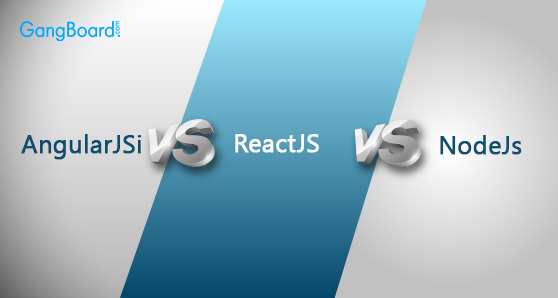 Nodejs is basically an open source, cross-platform JavaScript run-time system. It is generally used to build easy network applications with high scalability and very fast. It is a server-side run- time system which is built on Chrome’s V8 JavaScript engine. It provides the flow of the program decided by events, no blockage in input and output systems for building an application for web server using JavaScript.

Reactjs is an open source library created by JavaScript. It is used for especially single page application for creating an interaction between user and the computer system. When it comes on a mobile app or a computer app it manages the view layer. Reactjs is also used for creating user interface components which can be used multiple times.

Developers can create large web applications by using Reactjs in which no need to reload the page while changing data. Reactjs is fast, simple, scalable and mainly focuses on the user interface of an application. It can be combined with other JavaScript frameworks or libraries to create an MVC(Model-View-Controller) architecture.

Reactjs was created by a software engineer named Jordon Walke, who was an employee of Facebook. It was first brought into effective action on the year 2011 on Facebook’s news feed and then on 2012 Instagram.com used it.

Angularjs is an open source MVC (Model-View-Controller) framework. It is like a Javascript framework but with extra advantages. Today Angularjs is the most popular available framework. Mostly Angularjs is used for Single Page application development. Developers from Google developed Angularjs so it is well supported by Google and always keep up to date.

Nodejs vs Reactjs vs Angularjs