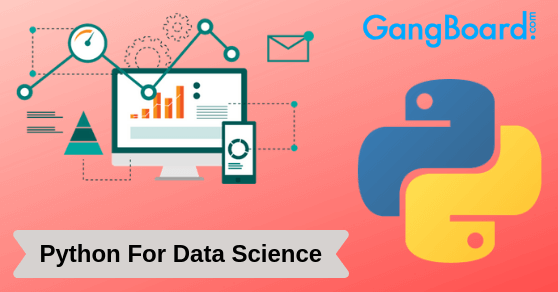 Why to go Python for data science?

Choosing Python over other languages can be a rather difficult choice to make since usually, most people have so much experience with java that they feel comfortable with languages like Scala. Languages like Scala seem much more attractive and has a steep learning curve. They all elegantly combine object-orientation and functional programming, two things that severely lack in Java. In addition to that, Scala offers concise syntax, higher productivity and lesser bugs which plays a vital role when the majority of your work is related to data manipulation.

When it comes to Python, any language is made better by the libraries. There are 72,000 libraries in the PyPI (Python Package Index) and it has been constantly growing ever since.

Is Python is Necessary for Data Science?

With so much good going on with Scala, developers getting involved in data science still choose Python over Scala. Well, there are many important reasons for that. Python is a dynamic programming language which has a lot going on for itself too and it has similar characteristics to Scala like concise syntax, functional programming etc. R has been the first choice for data scientists for a long time but with the rapid growth of Python, R has been taken over. It is an open source general programming that has the ability to not just be flexible and powerful simultaneously but it is rather easy to use with a great set of utilities and libraries. Python Data Analysis Library is used for importing data from excel spreadsheets and even helps in processing sets for time-series analysis providing huge diversity of data tools at your fingertips.

What do you learn in Python for Data Science?

Furthermore, Python can integrate itself with web applications very easily. In a short period of time, Python has gained a reputation as one of the top languages for developers according to a survey conducted by IEEE Spectrum in 2017 having 100.0 spectrum ranking securing #1 language rank. Regardless of that, there are certain libraries out there like SymPy that is used for statistical applications, Shogun, PyLearn2 and PyMC Visualizing information is easier using Python since prototypes can be easily made.

If You Want to Learn Data Science with Python ? Click Here!

Is Python Good for Data Science?

There are numerous advantages for using Python like it doesn’t have to be compiled since it is the interpreted language which parses the program code for the generation of the output. The most important feature of Python besides the feature of less code making it more acceptable is that it is extendable and scalable. Since the Python community is so vast, there are many modules to help the programmer implement machine learning, a type of AI that enables computer to learn without detailed programming, the main focus is the development of the computer programs when there is new data present. Installing miniconda or anaconda packages can really help with ML.

If you want to Become a Data Scientist? Click Here!

Natural Processing Language (NPL) is a branch of ML and Data Science which deals with text and speech, it doesn’t have any hard math but just can be achieved by simple coding in Python. Due to fast learning of this language, one can easily use it for data analytics without being well versed in the language. Furthermore, there are many open source packages that can be installed in the python environment and used according to your requirements. Hadoop is a well-known open-source big data platform and Python is compatible with it which again gives this language an edge over the others.

Python has a wide and powerful range of packages that are very helpful when it comes to data science and analytical needs. NumPy, Pandas, Scipy, PyBrain, Tensorflow and Scikit-learn etc are amazing and popular packages that give Python its upper hand. When it comes to data visualization, R is better than Python but with recent packages, Python has improved this aspect as well. Python is now widely spread and data scientists can easily find people in different departments that are acquainted with the language. The language can be used for long or short projects offering a win-win situation for data scientists and businesses.

If you want to Become a Python Developer? Click Here!
Previous