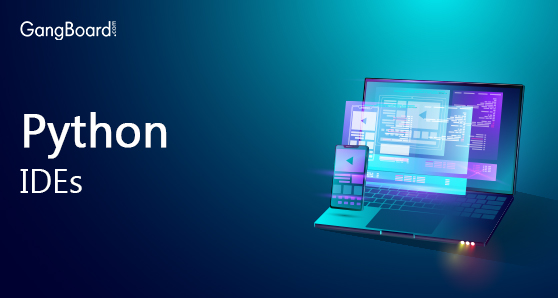 Integrated Development Environment or IDE is a program created for software development. An IDE has several tools integrated which are particularly designed for developing software. It typically includes an editor that can handle codes such as auto-completion, syntax highlighting, etc. and also has debugging tools, source control management, compiler, etc. Because of the extra integrated features that help with the development of software, it is more than just a simple text editor that can write codes.

There are several IDEs that can support different types of programming language. Because of this, it may take time to download and install the software. However, unlike a dedicated code editor which is smaller and quicker, it has the benefits of offering several features that can be very useful while developing software.

Without an IDE, developers would have to spend a lot of time configuring different tools for the development of software. However, IDEs address this problem by integrating all the necessary tools in one platform. As such, IDEs have many added benefits. It helps increase efficiency as developers can code faster with less effort. For instance, it can highlight typographic errors and recommend a list of existing functions based on the given context. It can offer code completion like when you start typing the name of a function or variable, it predicts and lists out existing names which you can quickly choose from if that’s what you are looking for. It can also have features that help in organizing resources as well as checking and preventing mistakes.

It comes with a code editor where you can write and edit the source code.  It also has a compiler which can transform a source code written in a human-readable/ writable language or programming language into a form which can be processed and executed by a machine or computer. It can then parse and optimize a code to improve performance. It can also have a debugger which can guide developers in identifying and resolving errors within the source code. They can be used to test the performance and functionality of code before it is released.

IDEs can also allow collaboration among developers where they can work together easily.
There are various types of IDEs which may be similar to each other but maybe unique in their own way. Some IDEs may support a specific programming language, while others can support multiple programming languages. Here, we will be focusing on some of the best IDEs used for Python.

Python is a popular high-level programming language that is mainly used in server-side web development, software development, math, scripting, data science, and artificial intelligence. There are several IDEs for Python each with its unique features and special target users. The need for a specific IDE may vary depending on the purpose and requirements of the developer. Below, we list down some of the most reliable and well-known Python IDEs by looking at the features that they offer.

Pycharm, created by Jet Brains, is considered to be one of the best-dedicated IDE for Python. It provides intelligent coding assistance with code completion, code inspections, real-time error highlighting and quick fixes. It also comes with automated code refactoring and high navigation capacity. Pycharm’s code editor delivers excellent support for Python and its web development frameworks as well as JavaScript, CSS, CoffeeScript, TypeScript, etc. It also has a search feature which helps you jump to classes and files. It also allows code refactoring where you can rename, delete, introduce variables and so on.

PyCharm has a vast collection of tools integrated in a single platform which includes a debugger and test runner, terminal, VCS, profiler, database tools, remote development and interpreting abilities, Docker as well as Vagrant.
PyCharm also has scientific tools integrated with it such as IPython Notebook and Anaconda and provides various scientific packages like Matplotlib and NumPy.

Pycharm comes with over fifty IDE plugins which includes support for extra VCS, Vim emulation and integration with various frameworks and tools. It is compatible with Windows, Mac OS X as well as Linux platforms and is available in both paid (Professional) and free (Community) open-source edition. The paid version comes with a lot of features and is, therefore, quite expensive.

Spyder is an open-source IDE for Python that is specially developed for data science workflow. It is a powerful scientific platform designed for data analysts, scientists as well as engineers. It provides advanced editing with an editor that has a function/class browser, tools for code analysis, syntax highlighting, introspection auto code completion, vertical and horizontal splitting, etc. It supports several IPython consoles and comes with a GUI that can explore as well as edit variables. iPython is a powerful REPL editor which has far more capabilities than a typical Python console. Spyder also comes with tools that help with data inspection, testing and debugging. It has a powerful debugger which can trace every step of the script execution efficiently. It allows for the visualization of a scientific package. It also works well with the multi-language editor.

It has scientific tools integrated such as SciPy, NumPy, SymPy, Pandas, Matplotlib, IPython and more. Spyder can be further enhanced and extended by using third-party plugins and APIs. Moreover, Spyder can be used as a PuQt5 library which enables you to build upon its functionality and set in its components in your software. It is compatible with Windows, Mac OS, Linux platform.

It is one of the most downloaded and used plugins in the Eclipse Marketplace and is supported through contributions from its community, crowdfunding campaigns, and licenses from LiClipse. It has a linear size and is a strong interpreter for Python. It supports Mypy, virtual environments, black formatter as well as analyzing strings. Python is platform-independent and is compatible with Windows, Linux, QT, Linux, etc.

Wing IDE was developed by Wingware and was created primarily for Python. It is lightweight and designed to increase the speed of writing, debugging and testing code as well as to reduce the occurrence of errors in coding. There are three kinds of edition for Wing IDE. Wing Pro is a full-featured commercial version designed for professionals. Wing Personal is a free version that has fewer features targeted for students and hobbyists. Whereas, Wing 101 is a more simplified free version meant to teach beginners.

Wing Pro comes with a powerful debugger in both a local and remote environment. It has an Interactive Debug Probe command line which is used to inspect the current debug that contains auto-complete, syntax highlights, go to definition, etc. It comes with an intelligent editor which contains code warnings. It allows editing which includes different key binding, auto-complete as well as auto-editing. It has Pylint, pep8 checker and mypy integrations.  Unit testing support and secure development on virtual machines, remote hosts and containers are also present in Wing Pro. It features extensive code inspection and navigation and provides project management with version control. Refactoring can also be done in Wing Pro and it supports Django and other frameworks.

Wing Personal comes with a simplified debugger and allows multi-threaded debugging. It provides an editor which is full-featured. It has limited code inspection and navigation as compared to Wing Pro. It also supports project management.

Wing 101 has an even more limited debugger as compared to Wing Personal. It comes with a basic editor and a simple search.

All the common features of these three versions include an editor which emulates Visual Studio, Eclipse, XCode, vim, emacs, etc. They also provide syntax highlighting for over 70 languages including Python, JavaScript, Django templates, CoffeeScript, etc. Each has auto-completion capabilities, search inside the current file, customizable color palettes and UI layout as well as extensive documentation.

A good, reliable IDE should contain some level of intelligence, for instance, auto code completion, syntax highlighting, etc. With more intelligence that an IDE provides, the easier it would be to write better and more efficient codes. With plenty of IDEs out there, each one can vary a lot in terms of the level of intelligence that it would provide. As each and every developer has different needs, the requirements in the IDE would vary. What is important is to have a good IDE that can help you write your code efficiently.