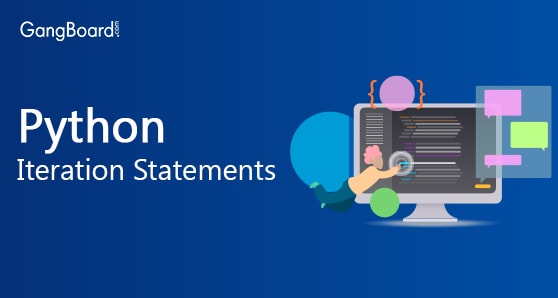 Iteration repeats the execution of a sequence of code. Iteration is useful for solving many programming problems. Iteration and conditional execution form the basis for algorithm construction. Computers are often used to automate repetitive tasks. Repeating identical or similar tasks without making errors is something that computers do well.
One form of iteration in Python is the while statement. Here is a simple program that counts down
from five.

Iteration statements can be controlled by the following keyword:

• break
• continue
• Pass
In Python, break and continue statements can alter the flow of a normal loop.

The break statement terminates the loop containing it. Control of the program flows to the statement
immediately after the body of the loop. 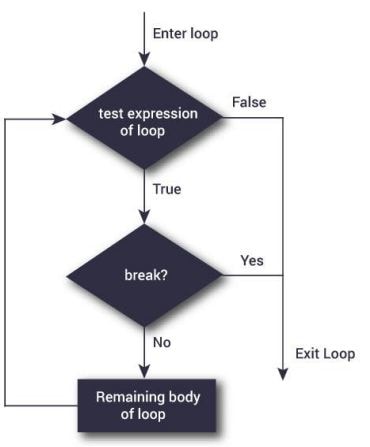 The continue statement is used to skip the rest of the code inside a loop for the current iteration only.
Loop does not terminate but continues on with the next iteration. 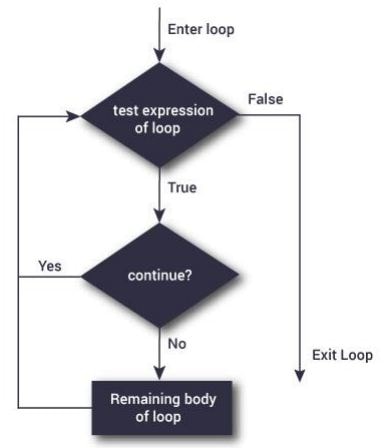 In Python programming, pass is a null statement.

#no output pass is just a placeholder for functionality to be added later. So no output.
Note: pass is mostly used in defualt cases, where just for future handling a case is defined.