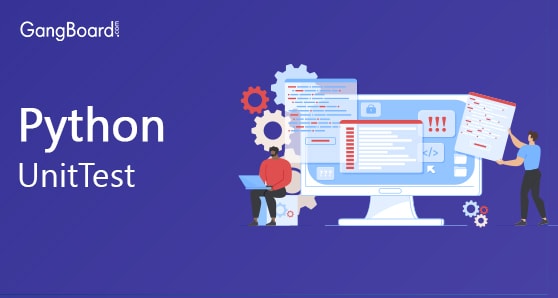 It is the initial stage of the testing of software where just the small parts of its are checked and verified. As it is used for validating the unit of software which evaluates the designs and develops properly. The framework for unit testing in python is the xUnit framework style.

The method used for python unit testing is known as ‘white box testing’. Concepts of Oops submitted by the framework of unit testing in python

The testing of fixture helps for testing the environment and tests are checked in such a way that the repeatable results of test occurs and clear it. For instance, developing the temporary database and begin the process of servers.

The case testing is the process of rules and regulations which is just very useful for finding out the systems working appropriately.

Suite testing is the combinations of all cases which are used for testing the program of software for showing that it has some set of behaviors by implementing the tests together.

The running of the test is the element which is used for setting up the implementation of all tests and offers the result.

The basic structure of a test

Unit testing defines the test by this two ways:

This last block is helpful for running the test and file via line of command.

Thus, in this output ‘.’ On the beginning, the line shows that the test had passed. You can add ‘-v’ in the command prompt for checking the detailed description of test results.

Thus, here it is clearly stated that there are three types of possibilities of the test.

Now just let us go through the example for understanding the execution of unit testing.

The above example is just the short script for testing 5 methods of strings. Method named as ‘Unittest.TestCase’ is useful for creating the cases by just subdividing it. The last code block at the end enables us for running all the tests.

It is of the string which is used for testing the string property in which the character says that ‘a’ is multiplied by the number of ‘y’ which provides the result as y times a. The method assertEqual() gives true in such case if the outcome gets matches with the given result.

This method of test is useful for checking that if the given and provided string is transformed into uppercase. The method assertEqual gives the result true if the string is returned in the uppercase.

This method of test is useful for testing the string’s property which gives the result TRUE if the string is in the form of uppercase and then returns false.