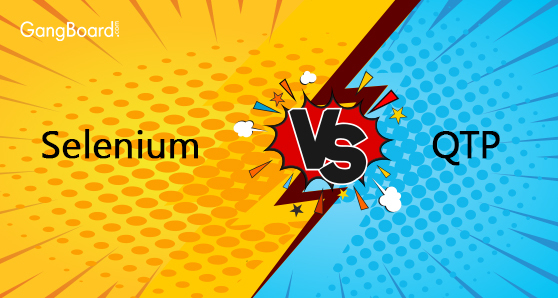 HP Quick Test Professional which is also known as HP Unified Functional Testing is one of the most commonly used tools in web applications testing. It has come a long way since its inception and has inculcated a number of new innovations to perform better. The HP QTP is a force to reckon with but Selenium which is an open source alternative to automated testing tools is quickly gaining more popularity and seen as the biggest competitor to the HP QTP testing tool. There are several clear distinctions between them and this makes it easy to choose one of them in most cases.
We will be guiding you through all the important inconsistencies between both of these amazing products and in turn, try to help you choose the right one that suits your specific needs.

Comparison of Selenium and QTP

When it comes to finding out discrepancies between products, we have to take its functional capabilities as well as the difference in their features into account. Hence, a comparison table containing the main differences between these two products is shown below.

The HP QTP testing tool offers regression and functional automation tests for application software. It can also be used for enterprise Quality Assurance and its GUI supports keyword and scripting. It primarily uses VBScript language to manipulate and control objects of the applications undergoing the test.
On the other hand, Selenium is an open source and is more suited to coding and testing methodology. There is an obvious bias nowadays for Selenium due to its support for multiple programming languages and other features. Let us take a closer look at some of the prominent Selenium vs QTP differences.

As shown in the table above, Selenium has an edge over HP QTP being an open source product. Organizations that choose to implement Selenium can manipulate the architecture to their preference and hence expect better performance during tests. QTP testing tool is commercial, you get a 60-day free trial after which one has to buy the product to perform further tests. Moreover, QTP also charges fees for upgrades, the license fee for acquisition and add-ons, which is a major difference between Selenium and QTP.

This is another area where Selenium thumps HP QTP. The HP QTP being a traditional software testing application runs only on the Windows operating system, while Selenium runs on Windows platforms such as Windows Vista, Windows XP, Windows 8, Windows 10 as well as LINUX, and Mac OS.

Programming Language is one of the significant features for Selenium vs QTP. Selenium testing can be done using multiple computer programming languages such as C, Pearl, Ruby, and Java. The HP QTP testing tool uses only the VBScript language to perform its tests. The programming languages on Selenium can be adapted on the resources one has during the tests more efficiently. This is a major difference between QTP and Selenium.

One of the key differences between Selenium and QTP is that on Selenium, one uses Linux Virtual Machines which are comparatively cheaper to maintain and run than HP QTP’s Windows Virtual Machine. The setup and maintenance time is also less in Linux VMs than Windows VMs. Also, in Selenium you can run simultaneous tests at a time on a single machine while you could run and control only a single test on HP QTP.

This is a key feature while considering QTP vs Selenium as HP QTP has test management and Selenium doesn’t. The feature doesn’t really matter much to professionals but its a huge advantage to budding software engineers. In HP QTP integrated TD/QC track the tests and generate necessary reports. You do not have an integrated tool on Selenium to generate and track tests and it has to be done by using separate testing frameworks.

One of the biggest advantages that HP QTP testing tool has over Selenium is its ability to run tests on the web as well as desktop. Selenium can be used only to do web-based testing. This feature is limited by the fact that QTP is compatible only with the Windows platform and cannot run tests on other operating systems.

A list of the key features of both products is listed below. This will help you choose the right one between Selenium vs QTP.

We hope that this Selenium vs QTP article was helpful and you now have a clear image of what you might want. Even though QTP has much more functional capabilities than Selenium, it is limited by its constraints in flexibility and cost-effectiveness, both of which is incorporated in Selenium. The fact that parallel testing is not available on HP QTP also hurts its chances in the market and gives Selenium an edge.
Selenium will be perfect for you if your web-based testing projects or tutorial require greater flexibility on scripting languages, operating systems, and browsers. Now if you are a current user of QTP, the many pros and cons between HP QTP and Selenium will prove to be a difficult decision-making point otherwise Selenium is the better alternative. If you are looking for a quality QTP-Selenium training you can always find it here at GangBoard. The QTP training is rated as one of the best ones while you can also opt for our renowned QTP online training.