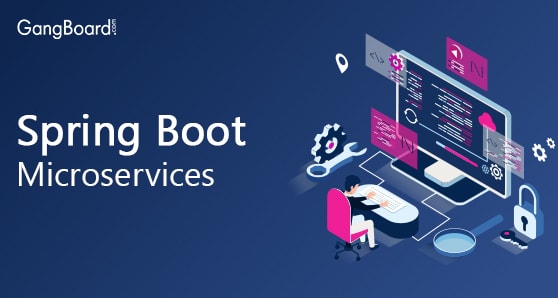 Spring boot is a java framework which is applicable for creating Microservices. This framework is open source in nature. This is framework is applicable for building production ready and stand-alone spring applications. This framework also helps in the process of bootstrapping of the applications. It provides default annotation and codes configuration so that the developer would be able to finish the project quickly.
Spring boot framework follows the “Opinionated Defaults Configuration” approach for avoiding lots of boilerplate codes. This approach would help the coder to improve the Unit test, Integration test, and development process of the project. The use of spring boot also increases the productivity of the project.

What do you mean by Microservices?

Microservices is an architectural framework that would allow the coders or developers in the process of development and deployment of services independently. This framework is a software development process which is applicable for developing large scale projects. Under this framework, large scale projects would be divided into several modules. Every module in the framework would have its own process and has its own goals.
These modules would communicate with each other through strict API protocols and interfaces. Each of these modules is independent of other modules, thus allowing the developers to write the codes in a different programming language. In the Java community, Microservices are development is done with the help of spring boot framework.

What are the advantages of Microservices?

Helps in improving the scalability of the Project


Get Prepared for Spring Interview !

Helps in isolating a faulty module

All modules are independent of each other. Thus when one service of the project fails, others would continue to work as without facing any downtime. The developer would just to have taken out the faulty module and rewrite the code for the module. This feature is one of the key parts of the architecture.

Helps in increasing the business agility

Microservice applications are relatively simple and small in sizes. The failure of one module would not affect the whole operation of the application. This would allow the company or developers to experiment with the new process, business logic, and algorithms. The framework application would provide an effective platform for developers to freely experiment their new modules effectively.

Simplifies the maintenance and debugging

All modules of the Microservices are independent in nature. This also allows developers to maintain the project in a better way. When a faulty code is identified then the developer would be able to debug the problems without affecting the whole application.

Helps in the easy updation of the application

With the development of the system, new updates would cause disruption in the processing of the application process. Having Microservice architecture would help the developer to either replace or update the individual module without affecting the operation of the whole application.

Better organization of the team

In a company, the teams are divided on the basis of the module they would develop. The teams are small in size and give more focus on the application of the module. This small team would also be able to fulfill the demands of business users. Thus, having a small would not only help the team of developer to understand the user perspective efficiently but would also help developers to increase their productivity.

Why use spring boot For Microservices architecture?