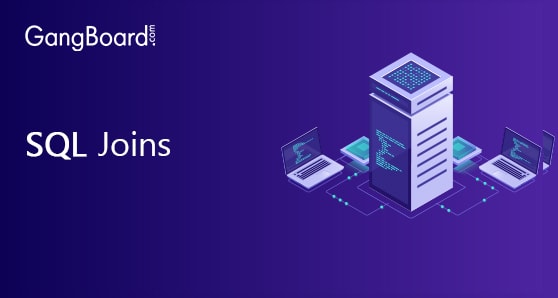 It is crucial to learning the concepts and language for performing joins. Different type of joins is introduced in their primitive forms outlining the broad categories that are available. An in-depth discussion of the various join clauses is then conducted.

EQUI JOINS OR INNER JOIN OR NATURAL JOIN OR JOIN 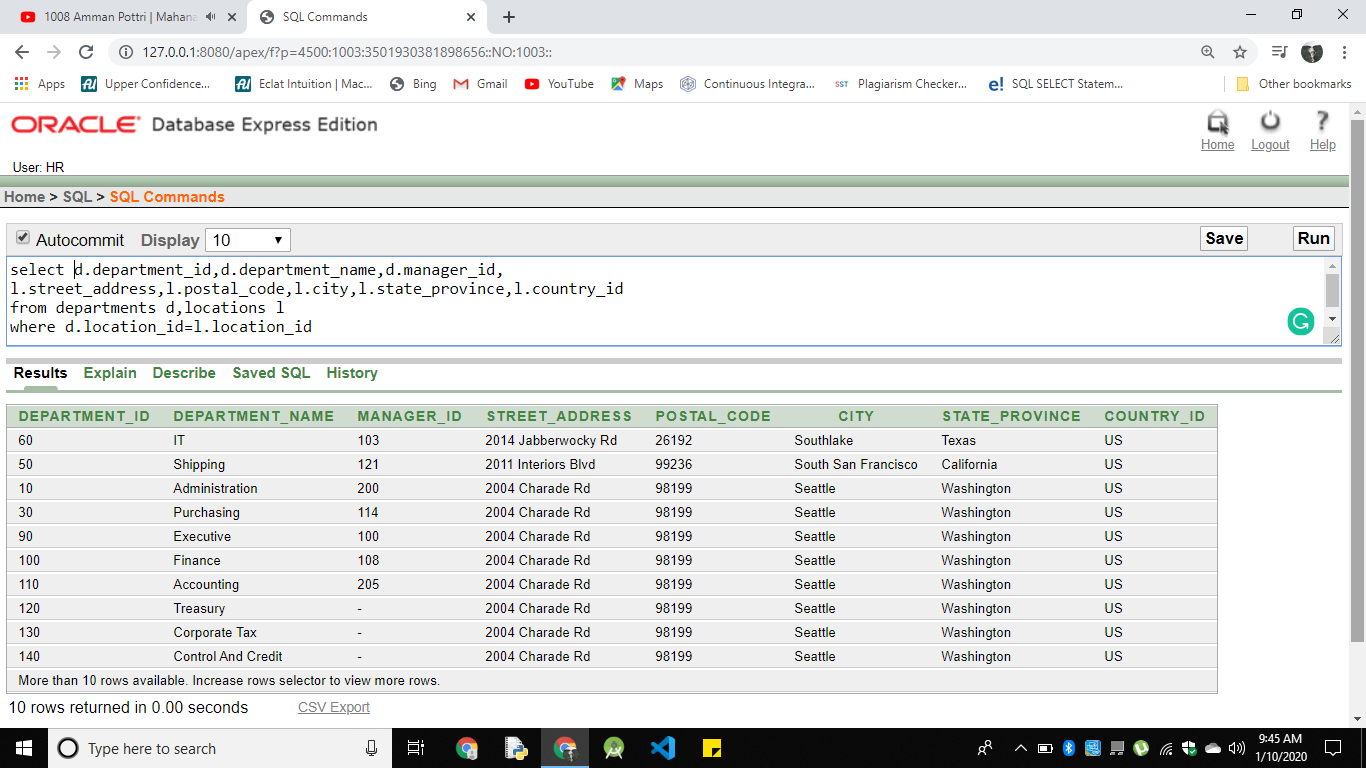 The result set of an OUTER JOIN contains the same rows as the INNER JOIN plus rows corresponding to the rows from the source tables where there was no match.  It was not a part of the ANSI standard until the 1999 version.

Oracle’s OUTER JOIN syntax has consisted of placing a plus sign (+) next to the columns of a table where you expect to find values that do not exist in the other table. 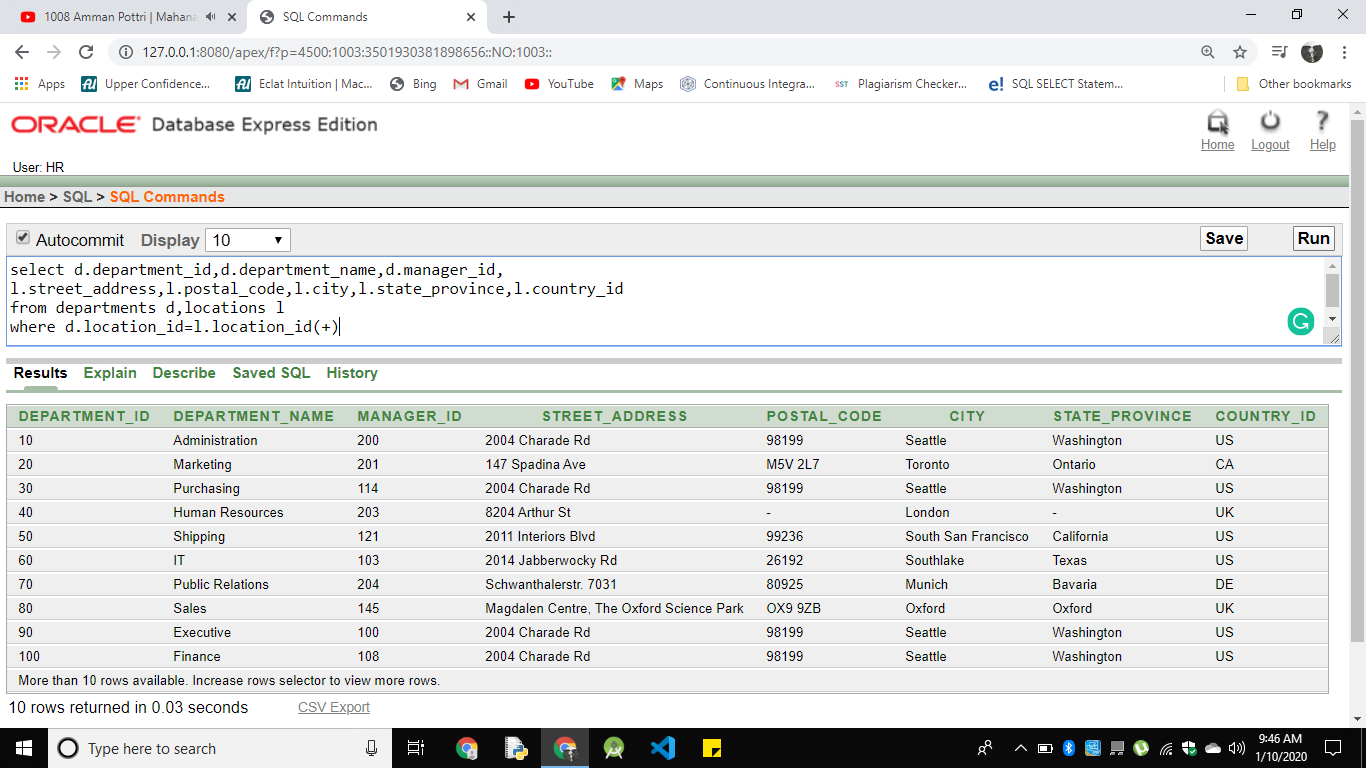 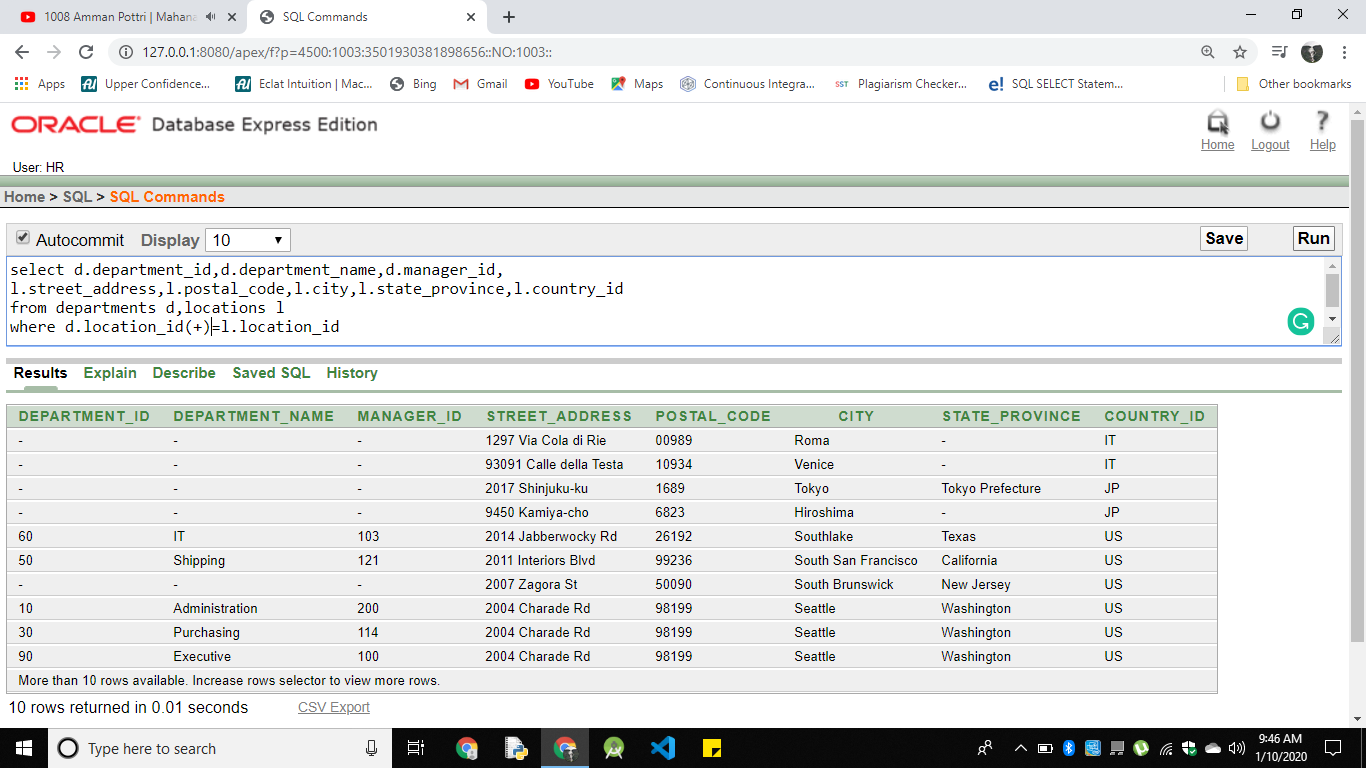 The result set of a Cartesian product usually is meaningless, but it can be used to generate a lot of rows if you need to do some testing. The advantage of the new syntax is that it flags a Cartesian product by having the CROSS JOIN in the FROM clause. 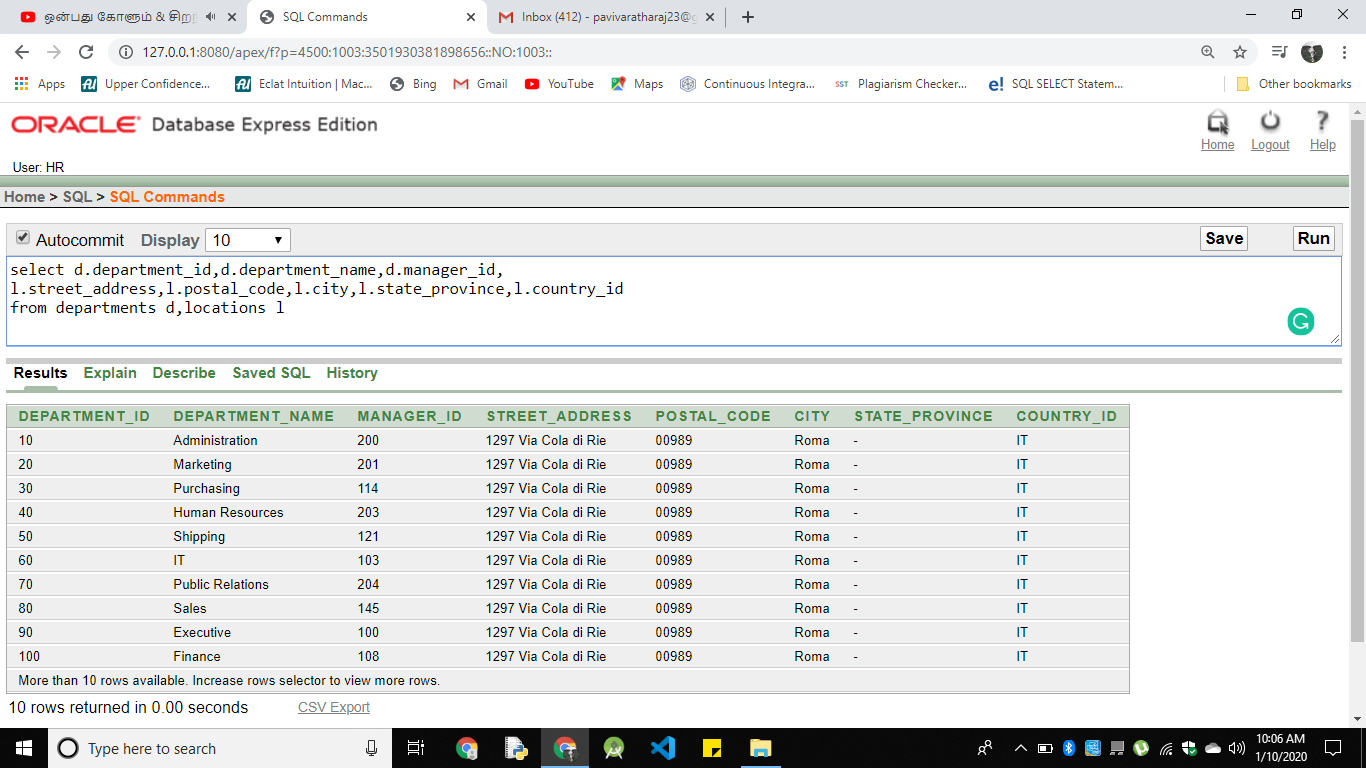 A table is joined with itself 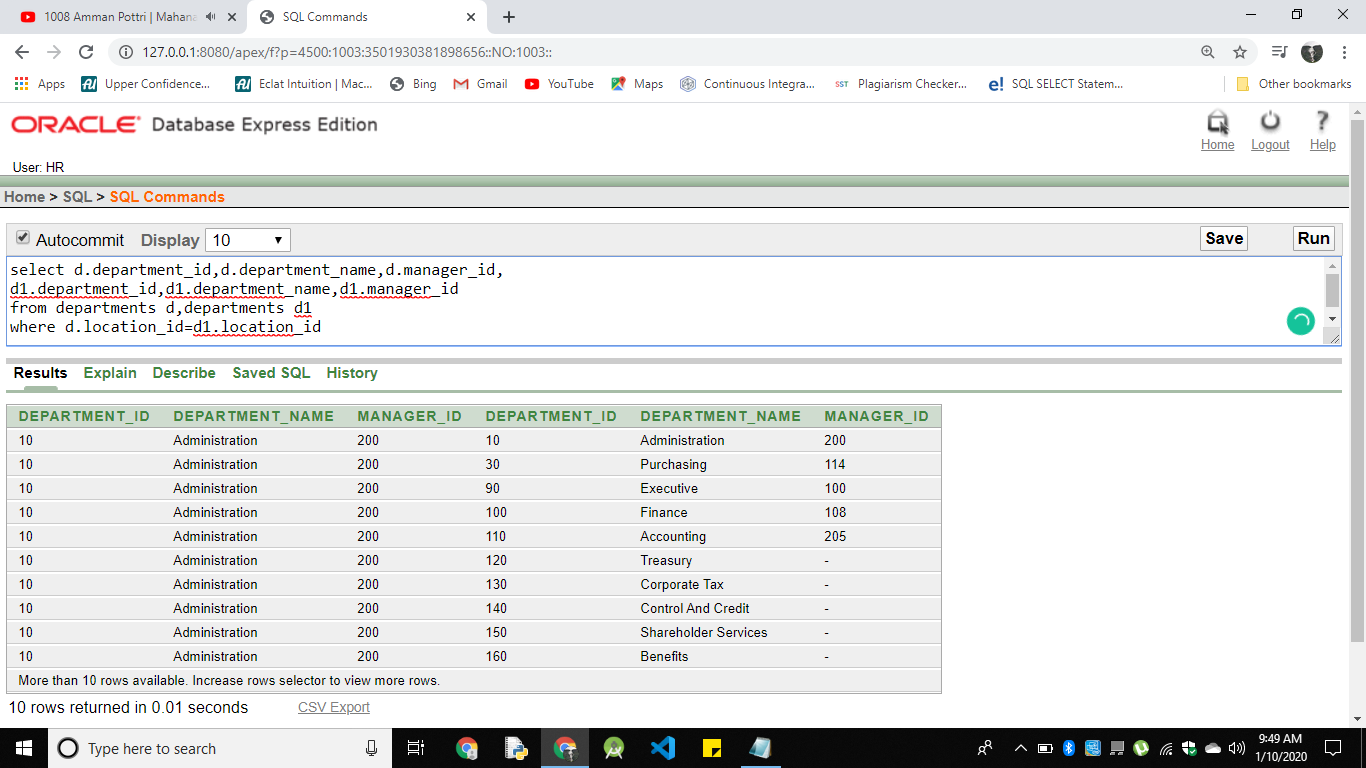