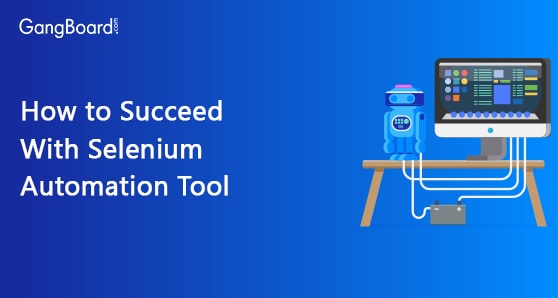 How to Succeed With Selenium Automation Tool

Selenium is an open source tool used for performing automation testing which is licensed under apache. It allows automating web based application with an option of record and paly which allows testing without learning the programming language and it also allows testing web application across multiple web browsers. Since it is open source software we can freely download it and we can use it freely.

Allows recording the test cases, which helps to start of test and grouping them together, allow moving recorded test to various programming language and allows replaying test cases and suites which helps in the process of validation

Why Companies Moving Towards Selenium?

The usage of selenium is increasing day by day because selenium allows performing functional testing from the initial stage of development whereas other tools allow performing regression testing which may lead to wastage of investment and time. So many of the IT experts say the future of testing lies in hands of selenium.

If you want to make career in testing it would be better if you choose Selenium Training, because it is a best automation tool and you can easily learn selenium. The only thing is you should learn each and every concept thoroughly with real time example. Selenium is creating huge vacancies in the market. Looking for Selenium Online Training reach us GangBoard.