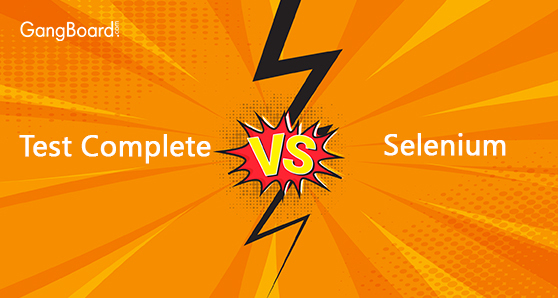 TestComplete vs Selenium – Which One Should You Choose?

It is seen that a lot of Quality Assurance professionals are relying heavily on Automated testing software so as to reduce the risk of human error in complex and repetitive tasks. While technology hasn’t really eradicated the use of human effort completely, it is an interesting fact to notice how well this software has been integrated into a system.
There are only a handful of performance testing software suites such as Selenium that can boast of its huge support community or successful open source platform. Intuitive design, cross-browser application, and acceptance of multiple scripting languages certainly make it look like the ideal choice for a budding software engineer. TestComplete automation tool is another intuitive performance testing software that offers almost everything that Selenium has, even more.
Choosing the correct testing software tool is crucial and it could affect the overall performance of your company. Even though both the software are similar, there are certain inconsistencies that may prove critical and that is exactly what this article is going to be about.

Comparison of TestComplete vs Selenium

If you have already made your decision in choosing an automated testing software instead of manual testing, have a look at our automation tool comparison between TestComplete vs Selenium before diving deep into the specifics.

Selenium is the most classic automation testing choice with an open source platform and cross-platform compatibility. One of the best features of Selenium is the Selenium IDE a prototyping plug-in that can be used to record your testings and use it for future reference. The TestComplete tool can compile codeless tests for applications based on the web as well as desktop & mobile applications with minimum skills.
Both the software testing tools have its pros and cons which we will be discussing in the following section.

Now that we’ve been through the major differences and the pros & cons of TestComplete vs Selenium, we hope that we were successful in clearing the picture of exactly what you wanted. Selenium has a lot of competitors in the industry still it is considered as one of the best in the business. You can even choose Selenium IDE if you possess less programming knowledge and just want a prototyping tool. When you ignore the cost and get past it, TestComplete automation tool has the potential to be the favorite choice of your less skilled employees. You just have to know the essentials and choose the right product.