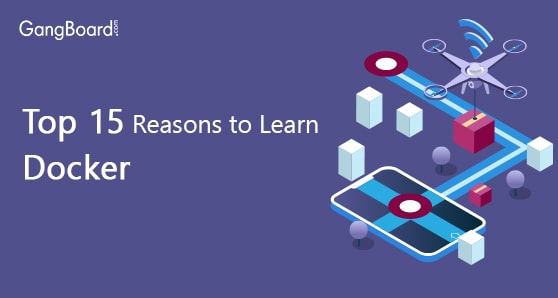 It’s important to first get acquainted with the ‘Docker’ before going for the reasons to learn it. Basically, Docker is an open-source software container, that nowadays being widely used by developers for the automation of the applications. It is used to remove the complications related to the working environment (i.e. Windows, Linux, iOS etc.) faced by the co-workers while making an application. Thanks to the ‘Docker Containers’ for making it capable of fragmenting the app development process, which can be readily accessed and managed from any environment.
As we are done with the understanding, now, I am going to give 15 viable reasons for Docker Online Training, that will further help you decide on the need of learning docker.

The above info on the ‘Docker’ clarifies that the future of the “App Development” field is going to rely heavily on the sound knowledge of docker software. It might not appear at the moment but the tides are changing really fast, many big businesses such as Spotify, PayPal, ING are already using it and much more will follow the league soon. The better integration and free availability of tool (as it is open source) are playing a vital role in this and hence generating a new horizon of job opportunities. So, in lieu to be ahead and grab the scope on time, it’s better to join a ‘Docker Training‘ program online or offline (that suits you better) widely available.