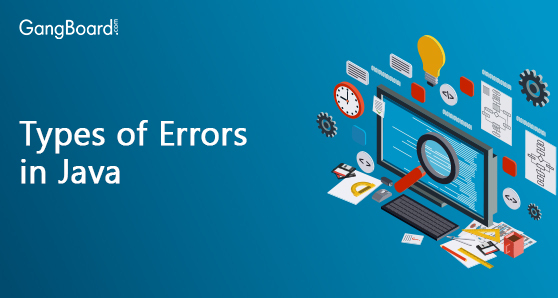 Types of Errors in Java

Types of Errors in Java

Run Time errors are occurs during execution of program.  Java compiler will not detect Run Time errors. Only Java Virtual Machine (JVM) will detect it while executing the program.

The below program will produce the run time error.


To handle this error during run time we can put our error code inside the try block and catch the error inside catch block.

Errors that occur during compiling the program and if there any syntax error in the program like missing semicolon at the end of a statement or curly braces etc., then the Java compiler displays the error on to the screen.

Which produces the below error: 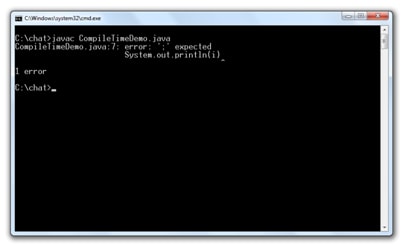 In Java logical error is nothing but when a program is compiled and executed without any error but not producing any result is called as logical error.  These errors can’t be detected by neither compiler nor JVM.

An exception is nothing but during execution of a program any errors occur due to some reasons and that causes an abnormal termination of the program. 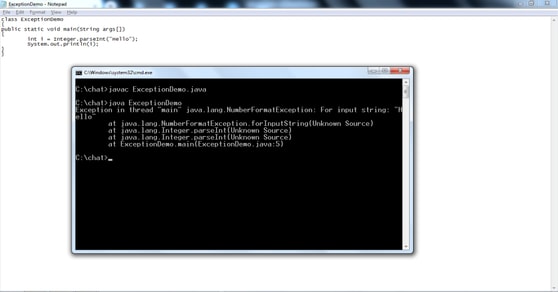 In Java there are two types of exceptions.

These exceptions will occur during compile time itself

These exceptions will not be detected during compilation and will be detected by JVM during execution of the program. 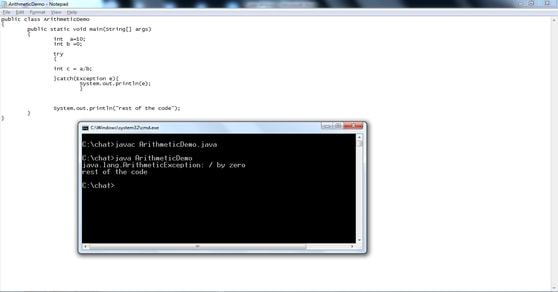 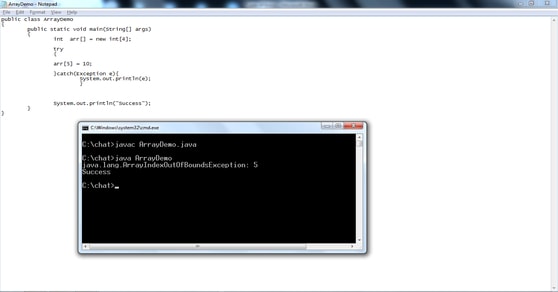