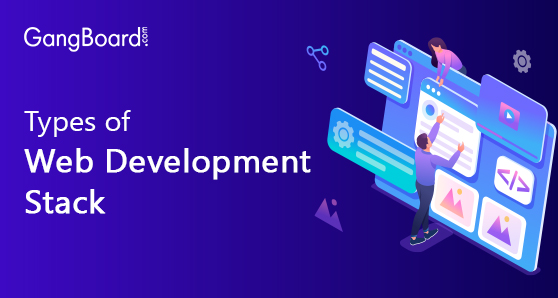 Web Development Stack is a fast-moving field, with frameworks and libraries seemingly popping up each different day. It can be difficult to maintain the tune of the trends and recognize how they all in shape together. Unlike frameworks and libraries, net stacks are much less fleeting. There are many brand new stacks created by startups, but few have proven themselves to be constantly valuable across the industry.

Do you know what Full Stack is? 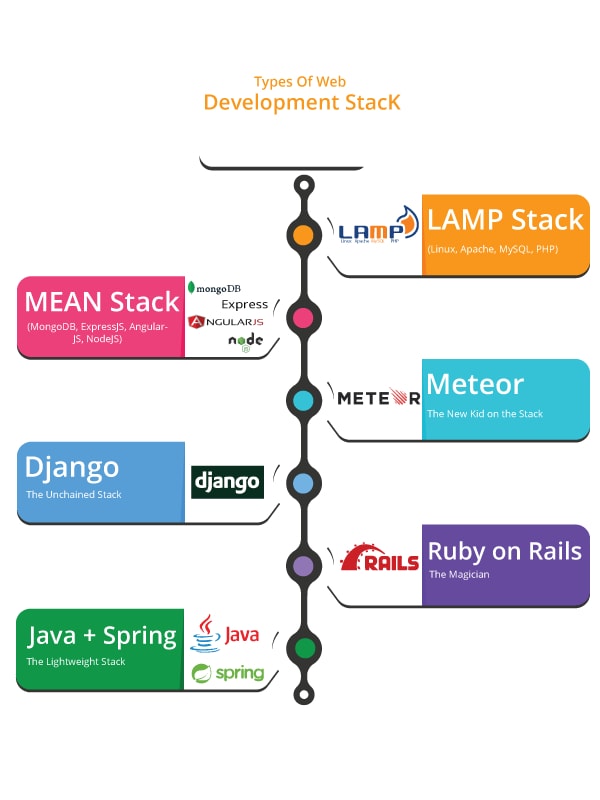 Let’s have a look into the types of stacks available in the industry.

Linux web servers are made up of four software parts. These components, arranged in layers supporting one another, make up the software stack. Web Applications works on the higher level of this stack. 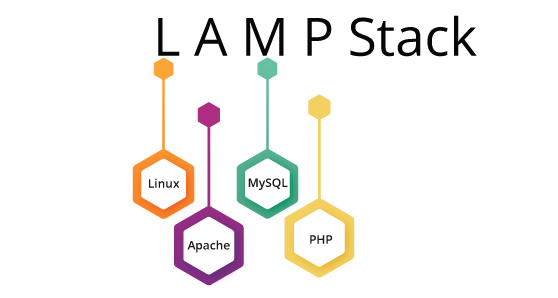 The software parts that are grouped up to make LAMP stack are listed below:

Linux OS is the initial/first layer for the LAMP stack. Rest of the other layers listed gets placed on top-level to the OS.

The web server sits on to the second layer which is an Apache server. This is the layer that resides on top of the Linux layer. Apache Web Server is solely responsible for the transmission between the desired website and web browsers.

MYSQL is the third layer where all the databases are available. They are responsible for storing the required information which is supposed to be used for querying and in turn for whole website construction. The database system usually takes a position on the top layer of Linux. MYSQL can also be tied up to a different server.

PHP is the highest layer, and this is considered to be a final layer of all other layers listed. Web Applications and Websites usually resides inside this layer. PHP is called the scripting layer which has PHP and other programming languages. 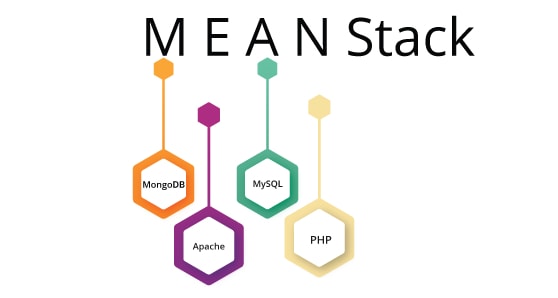 Mean stack is a bundle of JavaScript programming language that is widely applicable for developing web-based applications. MEAN is nothing but MongoDB, ExpressJS, AngularJS, and NodeJS. MEAN stack is extended from client-side to the server-side database and it is the only full-stack JavaScript for the development.
MEAN stack is majorly used for creating applications. NodeJS falls onto the server-based execution environment that runs on a Java scripting language. They are used in creating a scalable application in a steady mode. MEAN stack platform is built on Google Chrome. Next, Express framework is one of the lightest build frameworks which is called for creating a web application.
It furnishes many numbers of efficient features for multiple web-based applications. On the other hand, MongoDB is a NoSQL storage system. They save data in the form of binary digits. For passing the data successfully between the server and client, JSON format makes the job an easier way. AngularJS makes the user have a two-way binding of data with ease. The front-end development process is made possible with the use of AngularJS. 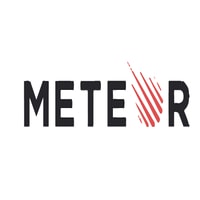 Meteor runs on a JavaScript programming platform for creating web-based and mobile applications. This Full Stack has a set of high technologies to build applications that are reactive and a building tool.

Django framework is combinedly used with python related stacks. There are a variety of creative features that can be inbuilt to the web application for wider usability. Django is used to deploy creative features for developing web applications. Here python is used within for great scalability and developers can highly concentrate on creative innovations with the help of Django. Python being a famous programming language, it gels with the Django full-stack framework for finished web-based application development.

Ruby on Rails is one of the most used and popular web application frameworks and it is available on the web as an open-source full-stack. The ruby on rails is entirely built with a programming language, Ruby. It is used for building applications that are complex and also for very simple applications. There is no boundary with ruby on rails for creative web-based application development.
Any number of interactive features can be developed in a user-friendly manner. Some of the popular sites that used ruby on rails are Scribd, Github, ask.fm, twitch, Shopify, Soundcloud, zendesk, Kickstarter. All of these popular companies have taken the usage of ruby on rails to help their customers in a better way.

Click Here – Get Prepared for Ruby on Rails Interview !

Again, Spring is a full-stack framework process runs on  Java scripting language. This Framework is considered to be the most light-weight framework structure because in no way its harmful to the web application creation. It weighs around 2 MB(Megabyte) and it is one of the tiny framework elements.
The tiny framework eliminates most of the developer tasks like interface implementation and makes the developers concentrate on innovative feature development for a web-based application. Injection of dependency is the concept used to combine components altogether.
The spring is set in such a way that the users can concentrate on the important factors in the development perspective. Spring dependency injection allows the user to separate the classes without losing the dependency access.
I hope you are aware of the full stack types and their advantages by now. Always go for the best tool to increase your business success and also get into a fine career with good pay.