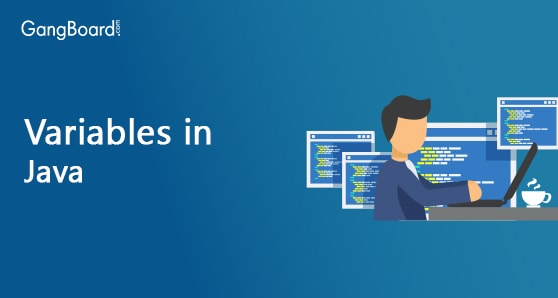 Variables are names of the memory locations. It is just like a storage container for holding data. But before assigning any value to the variable, we must specify the type of data that variable is going to hold. There are many types which are called Data Types, which we will discuss as our next topic.

Datatype Variable_name=value;
‘=’ is known as ‘Assignment Operator’ here. An assignment operator fetches the value given in the right of ‘=’ and allot it to the variable which is on the left of ‘=’.

int number = 10;
Here, ‘int’ is the short form of ‘integer’ data type, ‘number’ is the variable name. It means that the value ‘10’ is assigned(allotted) to the variable ‘number’ which can hold ‘integer’ type of data, which also means 10 is an integer value.

There are 3 types of variables :