Home Blog Others What is Android? 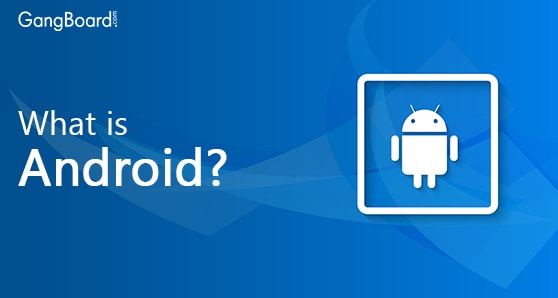 It was in the year of 2003, that Android rises as an Operating System (OS) that is used to create software for mobile phones and tablets. Now it is one of the most popular OS in the technical world. It is an open source project that comes under Google but operating as a separate wing named AOSP (Android Open Source Project). An Operating System can be defined as something that plays on the underneath of the screen, which may be anything that works under digital technology.

This OS acts as an intermediate between the users and the device. It will show the most user-friendly phase where you can do all the essential needs. For those who are looking for the best opportunity in the IT world, one of the secure choices will be taking Android training from a reputed institute.

The mascot of Android is a green robot. Being open source software, the companies have got the permission to alter it in their own way.

Android is a stack of software components that work in the pre-determined order. It is named as:

Basically, kernels are used to support drivers. In Android, Linux Kernel is used. It will manage the input and output requests that are generated through the software. It also performs the following:

The Linux Kernel that is used here has got major attractions like Low memory killer, wake locks etc. that are useful for the mobile embedded platform.

In order to make the functionalities of the kernel easier, we have got some libraries. Each such library will perform specified tasks. Some of them are

While opting for Android training, before taking the admission, you have to be sure that the company will be providing all the facilities to get knowledge in all the above-mentioned libraries. For those who are searching for training in Pune, Beasant Technologies will be the right path.

In java we have got java virtual machine, likewise in Android, we have Dalvik Virtual Machine. It is specially optimized on devices to support working of apps. It uses the multithreading feature of java in which each application will run its own processes.

It is commonly used by application developers, where APIs are directly mapped to the interfaces.

Binder Inter-Process Communication allows the application framework to proceed the process and call into Android System services code. It allows the easier communication between the high-level framework and the android system.

It includes more modular components such as window manager, search service and notification manager. It includes two groups of services: