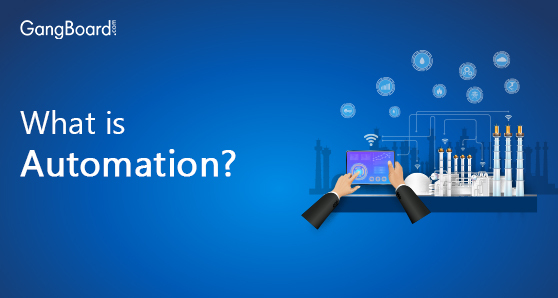 Automation has been defined by the International Society for Automation as “the creation and application of technology to monitor and control the production and delivery of products and services.”

Automation in the IT Industry

It has not only been adopted in operation facilities, transportation, and manufacturing since long but is nowadays being employed in two key domains namely; healthcare and the information industry. The use of automation in these two domains which have the closest interlinking with various aspects of human life is all set to transform the current global scenario. This blog will deal with Automation in the IT sector, and what it involves- the components and the processes.

Although automation includes a very wide range of technologies such as robotics, Cybersecurity, telemetry, electro-optics, sensors, wireless applications, etc. the basis of introducing automated processes has remained the same. The basis is to divert the repetitive and frequently performed tasks from human operators to automated systems, or software, to save time and minimize manual errors.
Imagine an IT professional tasked with two major job roles, one involves registering all the customer complaints about service while the other is to identify and troubleshoot the customer issues. Due to the fact that there are hundreds of customer complaints on a daily basis, most of the time is spent in recording the issue and a meager amount of time remains for troubleshooting, which actually involves complex thinking and decision making on part of the professional.
The person may be able to devote far more time to troubleshooting if the process for recording customer complaints are handled through an automated system. This will not only divert the repetitive work towards the automated system and save the professional’s time but will also lead to better performance and customer satisfaction due to quicker service.
Through automation, a vast array of tasks may be accomplished without a need for human intervention.

Keeping the above in mind, we can set two fundamental prerequisites for the creation of an Automated system:

If the task involves complex decision-making process with frequent change of variable factors, the script that needs to be written may not cover all variables involved and the software may not be able to make the right decision. If the task is performed only once in a while, then there is hardly any need to write a complex automation script for it. Hence, automation is frequented only for those tasks which are repetitive and which need to be frequently performed.

What Exactly is Involved in Automation?

Simplification of complicated tasks by reducing them to a single action or event is automation. Its chief aim is to minimize and eventually remove the requirement of human intervention completely. Customized Software operating on its own is an example of automation as is an electronic device that is functioning autonomously. Through the press of a button or by issuing a single command, a chain of events may be executed towards an ultimate objective. Automation is not just a theoretical matter, as its practical uses have been demonstrated across industries.
IT automation relies on software tools, applications, and frameworks to conduct a prescribed set of tasks, even going so far as to define the elements of the task themselves before execution. The IT automation platforms are directed to supplant the administrator-interface interaction gradually.
Microsoft’s IT automation platform, PowerShell, for example, brings together the variables and other necessary components in a script to duplicate the sequence of commands given by administrators. This is done through its command-line interface (CLI) to either initiate a backup process or create a Virtual Machine on a case to case basis.
The Benefits of Automation; and a Few Drawbacks. Let’s look at some of the key benefits that we derive out of Automation and the few drawbacks to consider:

1. The Biggest Advantage is higher productivity due to accelerated production rates. This is not just an observation in manufacturing units but also in IT companies, where automated processes have significantly accelerated service provision through faster output.
2. Needless wastage of time is avoided by automating the tasks that are repetitive and time-consuming. This time saving is ultimately beneficial to the employees and to the company as the employees may be directed to other suitable areas of the job that require complex decision making.
3. Another important advantage to consider is that manual errors can be avoided. If a user has to execute a long list of tasks manually, then there is a huge scope for errors due to a minor detail being left out or a certain task having escaped the user’s notice. This can be totally avoided using automated software which is scripted to perform all the tasks sequentially in perfect order.
4. Applicability across multiple systems is something that can be achieved with customized software. Once the scripting is done correctly and the testing process is completed, the same software can be extended to other systems or processes with minor changes if necessary.
5. An element of Flexibility has been added due to automation as no fixed working hours are needed for software. An automated system can be put into motion and can go on working, disregarding the time element. It can answer calls, log complaints and redirect people to appropriate services at any time of the day, in contrast to a human professional doing the same work.

1. Bill Gates has quoted, “Automation applied to an inefficient operation will magnify the inefficiency”, and this happens to be the biggest disadvantage of automation. A slight mistake while scripting might result in the mistake getting endlessly repeated, until its detection and rectification.
2. A minor disadvantage of automation is the high investment necessary to automate a process. This can be a concern for small organizations with restricted funding and limited profits due to automation. However, this is not an issue when the long term gains due to an automated process are taken into account.
3. Another concern is that automated systems need a high level of testing and quality control to ensure that the automated process is absolutely free of errors. This needs to be done because due to automation any slight error has a chance of increased magnification.
4. A major concern that has arisen due to a global rise in automated processes is worker displacement. Automation is all set to do away with most of the jobs done by workers and technicians across almost all domains. The concern is what to do with the unemployed population. Over 50% of the global workforce is set to be unemployed in the next 30 years. There doesn’t seem to be any plausible solution to this problem currently.

The Scope of Automation

The scope of IT automation is boundless, ranging from single actions and discrete sequences to autonomous IT deployment that monitors user behavior and events to take the needful action. With the extension of Artificial Intelligence to automated systems, there is nothing that automated systems will not be able to accomplish. Indeed, they will be able to out-perform humans in almost all the facets that can be thought of. Additionally, automation may be extended to tasks that are beyond human capabilities. The domain of Information Technology, which is even now changing for the better, will see a completely new face as automated systems get better and more intelligent.