Home Blog App Programming and Scripting What is ReactJS 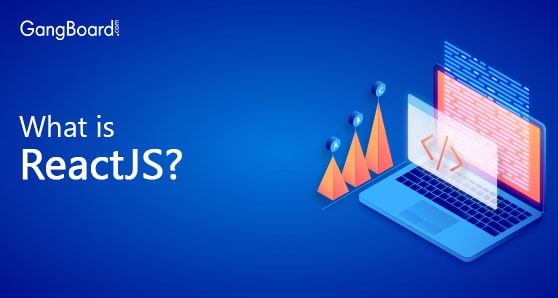 If you have any ties with the world of technology, there are very high chances of you crossing paths with this stellar framework. Creating a gigantic buzz in the virtual world, ReactJS has surely made life a lot less complicated for developers. Introduced only in the year 2011, it was developed by Jordan Walke – a Facebook Developer who used it to deploy the newsfeed feature in Facebook application.
ReactJS is an opensource JavaScript Library, used for developing interactive UI’s for web and mobile applications. Having a perfect start with Facebook deployment, its use was next seen in Instagram which changed the dynamic of the web development then.
Specifically built to develop UI’s of single page web applications, ReactJS today is powering the globally known app phenomena like Walmart, Airbnb, WhatsApp, Yahoo Mail, Netflix and the list is getting longer each day.
Having big names attached to itself, it is only natural to get you all enthusiastic in knowing more about this developer-friendly, power-packed development framework. So, without much ado let’s get started


Become a Expert in ReactJS with Certification in 35Hours

For someone looking forward to web development in 2019, this may be the first question to cross your mind. In answer to which all we have to say is: “Gone are the days when ReactJS was zoned to be used only in single page applications. Today, developers are more inclined doing experiments with this multi-utility toolset.”
ReactJS Development gives you speedy development of large web applications with added scalability. It is a very simple language, it uses JSX instead of regular framework for templating which allows developers to write codes in the old JavaScript.
Being correspondent only to user interface, the JavaScript Framework is simplifying web and mobile app development for developers. ReactJS developers also use it in combination with other JavaScript Frameworks such as AngularJS.


Become a Expert in AngularJS with Certification in 35Hours

What are the ReactJS Features?

If you are still not sold on using ReactJS in your next project, you must read this section for sure. Here are some interesting ReactJS development features
React Native
In the year 2015, Facebook introduced the native libraries in ReactJS. It was a good add on in the utility of the framework.
With the native libraries, reactjs developers are now able to use react architecture for developing native applications for leading platforms such as Android and iOS.
Single-way Data Flow
‘The properties flow down, action flow up’ property of the language has attracted a lot of developers.
In react the immutable values are passed to the component renders as the properties in its HTML tags. Because of which the components are not allowed to directly modify any property but to send a call back function, which helps in manual modification by developers.
Virtual Document Object Model
ReactJS creates in-memory data structure which keeps track on the changes made. With the help of this feature the browsers are updated, allowing developers to code, as react enables to render only the components which were changes.

If you are not known with the developer-jargon, we understand how the upper section must have not made any sense for you. Simplifying and extracting the crux of the last 3 points, while wrapping up it is safe to say ReactJS is an amazing JavaScript framework which is taking the world by a storm.
There are plenty of reasons why you must hire ReactJS developers for you next development than any other framework for developing interactive frontends of web and mobile applications. It is one the best technologies available right now which has answer to your every UI need. To help you get more sorted here are a few mentions of quality that makes it the next best thing in the technology jungle:
Simplicity
It is easy to learn and grasp. ReactJS has a very well-defined lifecycle and uses a component-based approach. It supports a reactjs developer to build professional web and mobile applications by using plain JavaScript.
Performance
It gives you freedom to use Browserify, EcmaScript 6 module, Require JS to inject dependencies automatically. It is very far from the concept of built-in dependency container and you can use Ecma Scrip 6 module with Babel, ReactJS-di.
Testability
App testing is made simpler and easier with ReactJS as it allows developers to look at the output, actions, functions and events. React View can be treated as the function of the state and can be easily manipulated.