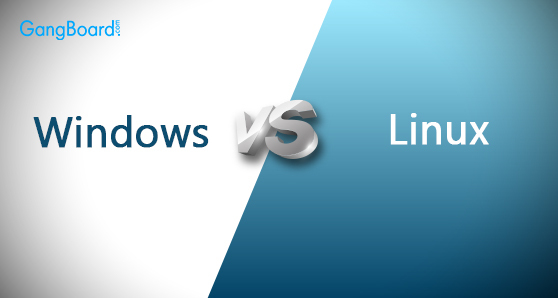 Windows Vs Linux- Which operating system should I use?

Among some people, this question raises controversy.

As any Windows user knows, Windows has a variety of problems over time, and the day when it will be useless will come. Also, the update of Windows starts to be applied, and while waiting for that long process, I cannot do my job properly.
In addition, viruses and malware problems are always present in Windows. Many people spend valuable money on anti-virus software. In the worst case, it’s a good idea to repair your computer to get rid of the virus.
During all these processes you will not be able to work. On the other hand, Apple’s MacOS products are fairly good priced, although there are few vulnerabilities like those found on Windows.
But Windows and Mac are not the only operating systems. There is another option, which is free to use and is not susceptible to viruses and malware. The name of the operating system is ” Linux “. What is Linux? I will explain below and compare it with Windows.

Linux is a free alternative to Microsoft Windows and MacOS . The history of Linux stems from the fact that Linus Torvalds, a student at that time, started to decode the Minix file system to create a disk driver in the mid 1990’s (Minix is a POSIX compliant Unix system) Operating system, published in 1987).
Torvalds’ project eventually produces what is later known as the Linux kernel. The kernel is the core part that provides basic services to the various features of the operating system. The Linux kernel is a monolithic UNIX-based system, and has become one of the largest open source projects in the world.


Become a Linux Certified Eexpert in 25 Hours
Before discussing the strengths and weaknesses of Linux and Windows, let us see the real differences between the two operating systems:

Difference Between Linux and Windows

Regarding the sources issue, let’s take a look at this from each OS’s point of view. There is an opinion that publishing the source code of the OS (and the software that runs on that OS) will provide more useful information to the developer who is trying to find and exploit the vulnerability.
On the other hand, some people say that by releasing the source code, quality improvement and defect correction can be performed quickly, which can prevent attacks by malicious developers. I have also read the source code of some Linux applications, and I was able to get satisfactory results even in such cases. Can you do the same with a closed source Windows application? The answer is no.

There is a difference in licensing related to the difference between open source and closed source. Any IT expert can talk a lot about PC software licensing. But let’s look at the important aspects of the license (without using legal terms) in Table 1.

Support issues are causing most companies to turn away from Linux. But the truth is, you don’t have to worry about that. However, when using peer support inherent in Linux, you need to pay for time. If something goes wrong, you may have to wait for days to get hints even if you email a mailing list or post to a forum (while within 10 minutes In some cases, many hints will be returned.
Because of this, everything may seem like a fortune. But generally speaking, most of the problems with Linux are already experienced by someone, and their records are kept. So there is a high probability of getting a solution in less time. Many people say that Microsoft paid support is better than paid Linux support?”

One issue that is gradually disappearing is that of hardware support. A few years ago, when installing Linux on a machine, you had to carefully choose each piece of hardware, otherwise you would not get 100% satisfactory results. Now it’s not needed. With any PC (or laptop), installing one or more Linux distributions will work with nearly 100% probability.
In the case of Windows, readers will know that most of the hardware is compatible with this operating system. Of course, if you have lost your installation disk (which I’ve also experienced many times), it could take hours to look for drivers for that hardware. But if you buy a cheap Ethernet card, it should work on your machine (as long as you have a driver or can find it). And if you’re buying a tremendously powerful graphics card, you don’t have to worry about whether you can take full advantage of its power.

I always think that Linux (especially the desktop) and Windows can be compared to a room where the floor and ceiling height can be freely changed and an immutable room. Under Linux, you can change the height of the floor or ceiling according to your preference. On the other hand, in Windows, both the floor and the ceiling are fixed. Users can not do more than Microsoft has determined they need.

In the old days, floppy disks could not be used without mounting, and there was a time when floppy disks had to be unmounted to be removed from the drive. Such times are becoming a thing of the past, but not completely gone. One problem that plagues Linux beginners is the use of removable media. The idea that you have to manually “mount” the CD drive to access the contents of the CD is something completely new to Linux beginners. But there is a reason for doing so.
Linux, which was developed as a multi-user platform, can force users who use media to mount to ensure that their files are not overwritten by other users. Please think about it. If you have a platform that is used by multiple users and everyone has access to the inserted disc, to prevent other users from deleting or overwriting the files you wrote to the media What should I do? Now, in response to changing circumstances, Linux is now able to configure how to use removable devices like Windows.

What is your judgment?

The above is the fundamental difference between Linux and Windows. I would like to leave it to the readers to decide which operating system these differences work in favor of. Neways, I am convinced of the superiority of Linux.
If you are not good at command operation, you will select Windows because you can easily operate anything with the GUI. Conversely, in some cases it is more important to automate using shell scripts to save time and effort than using GUI operations.
Perhaps you have the impression that it is cool to build and operate a UNIX / Linux server rather than build and operate a Windows server.
Not limited to these, available applications and functions, reliability, availability, maintainability, maintainability, safety, cost, etc, may be the source of judgment.
Recently my former colleague in a Bangalore IT company told me: Many experts in Bangalore IT circles were saying: “The age of Windows is over, and Linux will take its place.” However, Windows Server is still alive in the data center.
Has this prophecy been missed? Is it just that Microsoft products are better? If you compare the costs, licenses, and manageability of both operating systems, you can see why you chose Windows Server.
At first glance, Linux is inexpensive and seems to be a good alternative to Windows. But if you look over it, you can see the true meaning of the cost difference.
There are different operating systems and applications to be selected depending on various conditions and situations.” I think Windows and Linux have their own advantages and disadvantages. Both are here to stay.