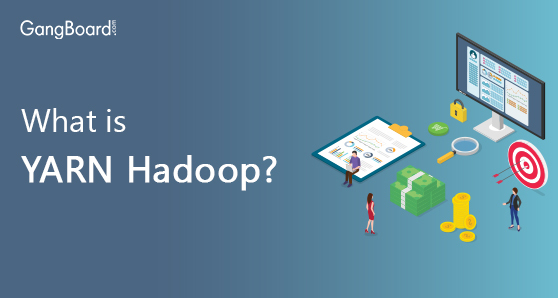 An Overview of Hadoop YARN and its Advantages

In 2012, ‘Yet Another Resource Negotiator’ as the acronym YARN stands for, became a Hadoop subproject within the Apache Software Foundation (ASF). As one of the key features of the Hadoop v2.0 update, it has contributed significantly to Hadoop functioning and has expanded the scope of Hadoop functions significantly. Read on to find out more on what YARN involves.

Shortcomings of Hadoop v1.0 which gave rise to YARN

The Hadoop version 1.0 involved 2 major components namely; HDFS (Hadoop Distributed File System) and MapReduce, in which the batch processing framework MapReduce was in close association to HDFS. Because of relying solely on MapReduce, Hadoop faced a lot of shortcomings.

All these difficulties led to the introduction of YARN IN Hadoop version 2.0. The premise behind introducing YARN was to divert Resource Management and Job Scheduling from Map Reduce to YARN. Before it received its present name, YARN was called NextGen MapReduce or MapReduce 2, as it had greatly removed the burden from MapReduce.

Through YARN, the different data processing engines such as batch processing, graph processing, stream processing, and interactive processing can run as well as process data stored in HDFS. This, in addition to the dynamic resource allocation introduced by YARN, has made the system highly efficient, even for data processing with larger volumes.

The efficiency and versatility that YARN traduced into Hadoop are attributable to the following components in YARN:

Accepting the jobs from the users, scheduling them and allocating resources is the task of the Resource Manager which runs on the master daemon. Efficient cluster utilization is done here, which results in the optimum occupation of resources, which was a shortcoming in the previous version of Hadoop.

Application resource needs are met by the Application Master. Getting the resources from the Resource Manager, tracking the application progress and monitoring its status are the tasks that it accomplishes. It works in close association with the Node Manager to execute and monitor the allocated tasks.

It is responsible for the task execution of every single node in the Hadoop cluster and works on slave daemons. It works essentially as a monitoring and reporting agent.

Controlled by Node Managers in association with the Application Master, they are a collection of resources which can be initiated by the Container Launch Context (CLC) for each node.

Not only did YARN eliminate the various shortcomings of Hadoop 1.0, but it also allowed Hadoop to accomplish much more and added to Hadoop’s expanse of services and accomplishments.

Owing to the exclusivity and versatility introduced by YARN, Hadoop users have been immensely benefited. Having evolved simply from being a Resource Manager, YARN now functions to efficiently aid in Big Data utilization and processing.