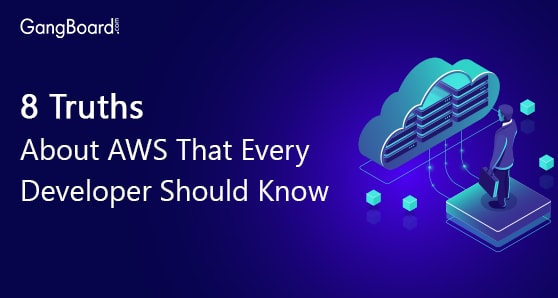 8 Truths About AWS That Every Developer Should Know

In year 2006, when Amazon started offering its web services to IT sector not many gave it a chance. However after 10 years now it is the most ‘in-thing’ in the IT sector today. Not only it has raised its stocks in the market but has changed the way IT sector works. Developers working with AWS are reaping in high positions and salaries and this trend is bound to get stronger in coming days. For anyone who is eyeing a career in this field it is a right time to get an AWS Training and join the brigade which is growing strong every year.


Became an AWS Certified Expert in 25Hours
In this post we will cover 8 absolute truths that every AWS developers should know and understand. So, here they are:
Became an AWS Expert with Certification in 25hours
Get AWS Online Training
Enroll Now!
Previous