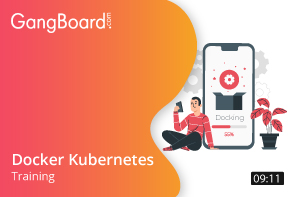 What are the objectives of our Docker Kubernetes Online Training?

The main objectives of the Docker Kubernetes Online Course are to

The candidates who can take the Docker Kubernetes Online Training are

While taking the Docker Kubernetes certification online course, it will become easier to create applications if you know some programming languages such as java, python etc. Apart from the programming language, you should have an idea about the orchestration tools like Amazon ECS, Mesos and Google Container Engine.

In these days, the Docker and Kubernetes are becoming more popular among the people for their better benefits. The usage of large-scale distributed systems that run on clusters of hundreds, thousands and more servers are increased. The development, deployment, and management of these systems are economical. This led to the creation of Docker and Kubernetes as they may provide efficient results.

What are Docker and Kubernetes?

Docker is one of the leading software containerization platforms that are promoted by the company named Docker. It provides operating-system-level virtualization which is also referred to as the containers. This Docker makes your application into one standardized unit and wraps into a single file to run on a server.

Kubernetes is an open-source system established by Google to automate the deployment, scaling and managing the containerized applications. The Docker and Kubernetes are more beneficial for the users to install and maintain the complex application on any platform.
To know Top 15 reason to learn docker refer this blog.

What is Docker Kubernetes used for?
What is the difference between Docker and Kubernetes?

The difference between Docker and Kubernetes are

What is the difference between Docker Kubernetes and VM?

Docker Kubernetes is container-based technology that is specially built for running applications. Here, the containers tend to share the host OS kernel and provide files to support the process in it.

While coming to the Virtual Machine (VM), it is not based on the container technology. VM is designed with userspace kernel of an operating system. The server hardware is virtualized and so it shares hardware resources from the host.

Is Docker Kubernetes an open-source?

Yes, Docker Kubernetes is an open-source tool that plays a vital role in creating applications as small containers. The Docker platform is used to build a ship and run distributed services anywhere. Kubernetes automates the deployment, scaling, and management of application containers over the cluster of hosts.

Our Docker Kubernetes Online Course gives students the opportunity to take classes on your flexible timings. Choose from a number of batches as per your convenience. If you got something urgent to do, reschedule your batch for a later time. The classes can be attended to at any place and at any time as per your choice.

The Trainer profile of our GangBoard Online training center is

What is a Docker Kubernetes certification?

Yes, GangBoard is an authorized Docker Kubernetes certification provider. They provide excellent training for the students and make them crack the exams easily. The certificates are issued by the Docker Kubernetes online training center after the completion of the course.

How many types of Docker Kubernetes Certifications are there?

The official certification of the Docker is Docker Professional Certification.

Which Docker Kubernetes Certification is best?

Selecting the appropriate Docker Kubernetes online course certificate is based on the necessity of the candidates. Each certificate has its own benefits and value in the career. It is a professionals’ choice to opt out the right one that suits them. However, all candidates can learn the things that are required in their specialty.

How many questions are on Docker Kubernetes exams?

How much does Docker Kubernetes certification cost?

The cost of the certification mainly depends on the specialty you choose and the training center. It is estimated that it will cost around 300$ approximately for the Docker Kubernetes online training course.

What is the passing score for Docker Kubernetes certification?

The passing score for availing the Docker Kubernetes certification is 74% or above. So, you should prepare in such a manner to crack the exam at first attempt.

What is the salary for a Docker Kubernetes Certified Professional?

How do I study for Docker Kubernetes Certification?

You must focus well on the Docker Kubernetes online courses that are provided by the institute. The practical knowledge and the concepts that are learned from the online class is the must for qualifying the exam. You have to go through the basic concepts, core concepts, Kubernetes services, and other essential concepts.

If I fail the Docker Kubernetes Certification Exam, how soon I retake it?

How do I apply for the Docker Kubernetes Certification exams?

You have to visit the official site of the Docker Kubernetes certification exam. Go through the instructions carefully and know the requirements. Complete the necessary details and make your payment for the successful registration.