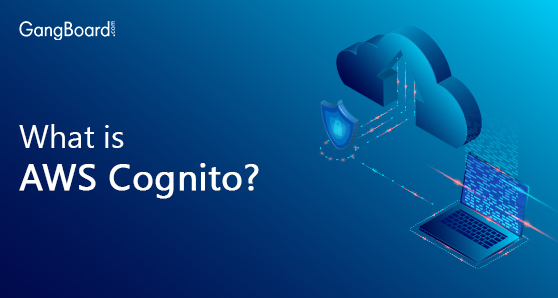 A walkthrough on Amazon Cognito

When you are into developing an app, a developer knows that the user has multiple devices through which the app will be accessed. Hence the developer needs to design the app in such a way, that the user can access the app from anywhere irrespective of any device he is using. But when developing an app, a developer needs to focus on various aspects like back end data, managing the infrastructure and even deploying.
Designing a user management system is a clumsy task. In a user management system, one needs to design then define the user permissions for swift usage for every user. Writing one’s own user management system, one needs to decide what are the user regulations needed, password maintenance or even managing various administrative roles.
Luckily, all these tedious tasks are simplified by using AWS Cognito.

What is AWS Cognito?

AWS Cognito is a user identity and data synchronization tool that facilitates developers to manage user identities across devices and locations over various social media platforms with complete authentication which are seamlessly transferred across devices using the sync feature.
All you just need to is create, and use the data, as the AWS manages the synch and access privileges without worrying about performance.
AWS Cognito is an Amazon Web Services tool, that helps to control user authentication and ease the connectivity on any mobile or internet connected devices. With AWS Cognito, the user data are saved and synchronized at ease, which leaves the developer to focus completely on developing the application instead of manufacturing or maintaining back end data.
In a way, AWS Cognito accelerates the process of mobile application development. With AWS storage, one can get 1GB storage and 1 million synchs per month.

If you take a look at what AWS Cognito is, then it can be called a single process or a collective set of process that works in parallel to bring in effective communication.

It is the attributes like user name, passwords and other attributes that define the user. One can also create groups and other aspects that define users. Majorly user pools are associated with sign in and sign up options for an app user.
AWS Cognito also facilitates saving data locally using SQLite Database, when offline. These files can be accessed using a query by the developer through other AWS Services like Amazon Redshift Db., RDS instance, etc.
When you consider User pools, there are a few important features to be considered. They are :

Creating user management be it a single user or a group of it.

Security becomes a vital attribute of the User pools, as AWS Cognito deals with users and information. It is important to manage the data, in a secured manner to ensure there is no data leakage which might result in causing any kind of threat to the users associated. AWS Cognito Security is managed with some basic aspects like policies, Multi-Factor Authentication (MFA) and other verification associated as well advanced security features that ensure an intelligent layer of security for your data.

Yet another feature of User pools, which can help you customize user-specific messages, verifications, etc. , Triggers or lambda functions for a particular lifecycle and the last are devices which store the details of the devices used by the users.
Other Features include the app clients, tags for AWS Tagging and analytics, which analyses what the users are up to design the application as per the needs.

Identity pools grant user access to various AWS services. It is not like the user pool but facilitates the social media profiles from various users to be incorporated and identified. This will help the users from various social media profiles like Facebook, Amazon, and Google, etc. to be authenticated without the overhead of signing up irrespective of devices or locations.

Amazon Cognito Sync is a library service that will enable the cross-device linking of user-profiles. AWS Sync can be only used with Federated identity, which is commonly useful when written for mobile apps than a browser, where the data can be cached or stored easily. Sync negates the time consumed in creating user profiles in various devices, as the data can be easily received from the federated pool.
Amazon Cognito is readily available to users who want to take advantage of it, from AWS, with a simple AWS account.

AWS Cognito is readily available in AWS regions distributed across Availability Zones, which are private by nature, with highly redundant network connections, low latency, and high-throughput.

Even when Amazon Cognito provides a wider range of advantages, it has certain limitations in a number of users or resources as well as certain attribute features.

Amazon Cognito with its ease of use and availability is widely accepted by developers to develop mobile applications. All you just have to is create an Amazon Cognito with all the data of users in a secured place and then provide access to the application and relax. Just a few lines of code, the data infrastructure is ready to use without worrying on the credentials.