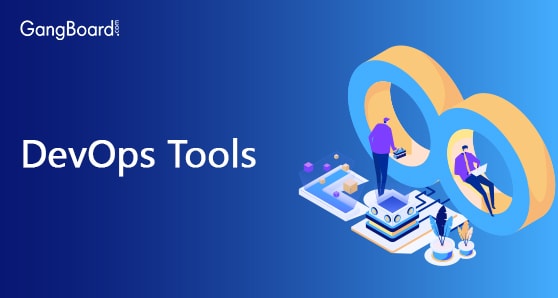 What gave birth to DevOps?

Around 2007, operations and development professionals at leading IT companies found themselves facing a severe dysfunction. There was a gap between the professionals who wrote the code and the team that operated and supported the code. This was in fact the drawback of the traditional software development model-the Waterfall model.

This had resulted in a total demarcation between the development and operations team, owing to separate leadership, differing objectives and indeed, differing work locations. The result was not a happy one: results were delayed, customers weren’t catered to adequately, and deadlines had to be extended. All this led to unnecessary and huge losses for IT firms. This led to the general idea of integrating development and operations through effective practices.

DevOps is a term that effectively covers the practice of personnel from operations and development working together throughout the service lifecycle. A single team of engineers and professionals are provided end to end responsibility for an entire process, right from design and development till production support.

But owing to its far-reaching coverage, DevOps has been referred to as a culture, or a global collaborative phenomenon. It emphasizes a shift from the traditionally hardwired mindset to a tighter integration between development and operations.

From a term coined by Patrick DuBois in 2009, DevOps has become a globally widespread terminology that stands for efficient cross-functional and collaborative working with efficient software development.

What is DevOps? Introduction to DevOps

DevOps: What it achieves?

Its core function is to ensure team efficiency for which it brings together automation, agile functioning, and unhindered delivery to ensure:

The many DevOps tools can be classified based on the stages of DevOps functioning, as mentioned earlier. The tools could be used for the process of coding, maintenance, testing or other assorted tasks. Here we would like to mention few of the popular DevOps tools:

1. A Java based program with one of its key purposes being to increase the scale of automation.
2. Whether a repetitive task is executed or not can be monitored effectively by using Jenkins.
3. However, what makes Jenkins so popular is the vast variety of plugins that it offers, 1000+ currently, which allows it to integrate with almost any DevOps tool.
4. Continuous Integration and Continuous Delivery are supported by this tool.
5. Jenkins is easy to start with and a first-time user can install it with the commonly used plugins.

1. An Open source tool used for service discovery.
2. In a microservices setup, which may consist of multiple databases, web servers, etc., Consul effectively tracks down these services by providing internal DNS names for the services.
3. Consul thus simplifies the communication between services.

1. One of the most widely used DevOps apps which is highly popular in the software industry.
2. Linux community’s demand of a Source Control management (SCM) software to support distributed systems led to the creation of this tool.
3. During the Software development process, it is used for tracking source code changes.
4. It provides speed, data integrity, as well as support for distributed, non-linear workflows

1. Automation of the entire application lifecycle in IT can be achieved using Ansible.
2. Although it is similar to other tools such as Puppet and Chef, its simplicity is what makes it so popular.
3. It efficiently helps in speeding up the development process and in managing of complex deployments.

1. A useful open source tool employed in infrastructure monitoring.
2. It owes its significance to the huge user community which has created lots of useful plugins.
3. Troubleshooting which includes searching and correcting the problems with network and infrastructure can be easily accomplished using Nagios.
4. Log searching has been greatly simplified thanks to its legendary log management tool.

There are countless other DevOps tools which can be downloaded and easily used, even by first-time users. Some tools have been in use for years and due to their efficiency are still in use, while newer tools are being created constantly. The user can easily customize the desired tools that may be needed for a particular project.

Looking at both sides of the coin, the traditional Waterfall model of IT Working and the DevOps concept, we can give a definitive picture of the condition that was, and the improvement that has resulted solely because of the revolution called DevOps.

1. Earlier, on initiation of a new project, the Development team would begin work on testing and the Operations team would go about planning and managing the processes.
2. Both teams would be operating on their own. Any changes or amendments in workflow initiated by one team would be conveyed to the other gradually, leading to cancellation of already existing workflow and application of the new amendment.
3. This would lead to huge delays for launching of the service since, after development, the deployment of the code took time.
4. Troubleshooting (feedback & diagnosis) would also be tackled in an isolated manner and take time, resulting in customers becoming dissatisfied. Delays and customer dissatisfaction would lead to huge losses to the company.

1. Both, Development and Operations team would be working together from start. Drawing plans for processes and infrastructure, would be done preliminarily by both teams in association leading to faster framework building.
2. Accurate projections about data center locations, storage, recovery and challenges would be made.
3. Progress of one team would be in sync with progress of the other with both teams having complete knowledge of each other’s work. Bottlenecks are fixed efficiently by both teams.
4. Quick delivery would result due to better communication. Customer satisfaction and rise in the company’s stakes in the market would be the end result.

The above example conclusively demonstrates why DevOps became so widely popular. It effectively demonstrates the integrative and co-operative approach towards efficient working. DevOps tools have changed the way that most companies operate and integrate their processes and workflows. There are many DevOps tools, each catering to a different function. It falls upon the user as to how effectively the tools may be used, and what customizations may be employed to efficiently build up new processes.