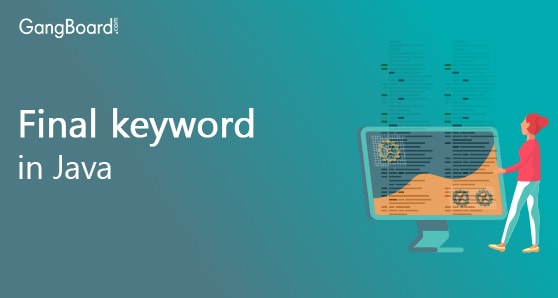 Keyword – ‘final’ can be used while declaring variables, methods and classes.

The variable which is defined as final becomes constant. changing the value of this variable  is not possible and remains constant and unchangeable even though it is a variable.

If we try to reassign the value of i compile time error is raised.

The variable which is declared inside the method is called Local variable. And it is initialized at the time of declaration.

Ex: When we make array as final the size will be constant but we can reassign the values in the array.

In the above example we can change the values of array ‘ar’ but we can’t change the size.

When the class is declared as final inheriting of that class is not possible.