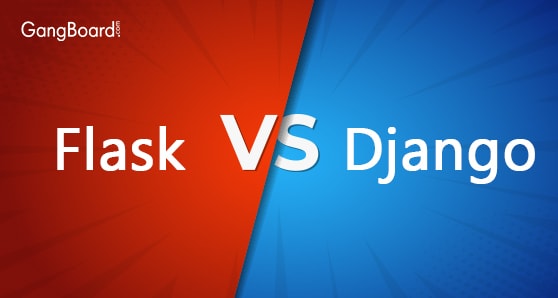 Flask is an application framework that is written in the Python coding language. This framework has no dependencies on external libraries. This framework supports various extensions which could be implemented in the framework. These extensions are necessary for the form validation, object-relational mappers, open authentication systems, uploading mechanism, and several other tools.
Flask is about simplicity and minimalism. As there is no restriction on the framework, the developer would be able to implement any extension he wants. For accessing the database, developers would need to install additional stuff pure SQL and SQLAlchemy.
The framework has a modular architecture. Your developer would be able to add a framework that you might need for your business. This framework uses Jinja2 templating. This framework also provides development debugger and server to the developer. Pinterest and LinkedIn are of the application of the Flask framework application.

Django is an open source and free web-based application. This framework is also written in the python coding language. This framework is the collection of several modules that are necessary for the development process of application. The developer would just have to take the appropriate modules from the library of the framework. Then he needs to group them together to create new websites and applications from the existing source.
To make a new website from scratch would a lot of time and efforts. Django framework has lots of pre-written modules that would allow any developers to create a brand new site with a small amount of time. This framework gives more emphasis on the pluggability and reusability of the component.
This framework also provides an administrative interface which would include read, create, delete and update. Sites such as Instagram, Mozilla, Disqus, Nextdoor and Bitbucket actively use Django web framework system.

Difference Between Flask and Django

0 responses on "Flask Vs Django"