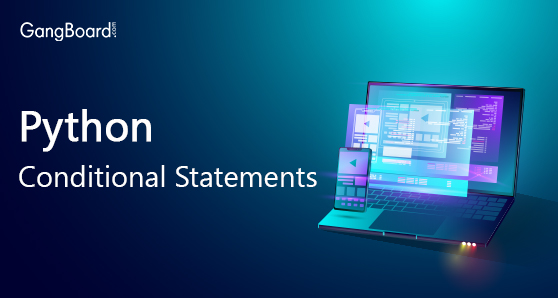 The if…elif…else statements are conditional statements that are used to carry out decision making processes in Python. It can be used to follow a specific logic where conditions are set and used for evaluating data. Often, in real-life scenarios, a program may have to skip over a sequence of codes and choose between different sets of codes. To choose the right set of codes to execute during the decision-making process, comparison operators are commonly used. Comparison operators are used to compare values during the decision-making process to check whether it meets a certain condition or not. 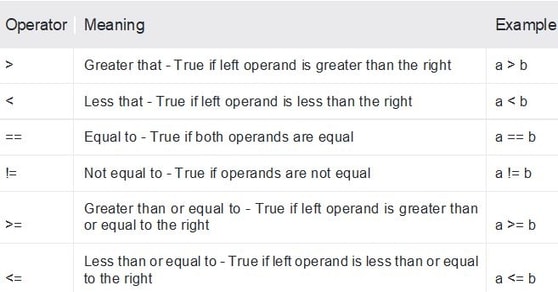 The if statement is declared using the “if” keyword followed by the test expression or condition and ends with a colon to close the heading. The body of the if statement is indented right below it and stops right before the next unintended code. It is possible to have multiple lines of code inside the indented body. The indented body will only be executed when the condition is true. In the example below, the value 6 is assigned to x. When the program runs, it will first check the if condition to see if the condition is true. In the example below, if x is equivalent to 1, then the condition would be true. However, x is equivalent to 6 and not 1, therefore, the body of if statement is ignored or skipped and moves on to check for the next condition. However, since there is no alternate condition it will proceed to run the next unintended statement. As the following unintended statement is not part of a condition, it will be printed.

I am not part of the body of if statement so I will print In case you have only one statement to execute, you can add the statement in the same line as the if statement.

If there is only one statement each for if and else statement, it can be added on the same line as shown below:

It is possible to have an if-elif-else statement within an if statement or even within an elif statement. This is known as nesting. There can also be more than one level of nesting so by following proper indentation, the level of nesting can be determined. However, it is not recommended to use many levels of nesting as this can get confusing. A nesting can be used when there are conditions within a condition. So for instance, when a condition is found to be true, it can have more conditions within its body. Nesting can be used as a way of filtering results to get even more specific results. The example below uses nested condition to evaluate the user’s age and print an output based on the age. If the user enters an positive integer, the condition is true and it further continues to evaluate the condition within its body. Based on the user input, if the user is below 18 years, “Very young” would be printed. Otherwise, if the user is below 60 years but above 17, “Adult” would be printed. If the user is above that age, “Senior Citizen” would be printed in the output. If the user enters a negative number, it does not meet the if condition and so moves to the else block which would be executed.

However, do note that in a case like this, the sequence of the condition is also very important. Let’s look at the same example with a change in the order of the condition to better understand this. For instance, if a user gives the input for age as 15, the output would be “Adult” instead of “Very young”. Logically, since the if condition is evaluated first, it falls into a more general category and the elif statement would never be evaluated.

In such a case, you can follow the logic of the first example or you can choose to use the second example by adding logical operators (and, or, not) to set more than one condition within a block. As you can see, two conditions have been specified within the if condition using the AND operator to indicate that if the age is between 18 to 60 years, “Adult” should be printed. Otherwise, if the age is less than 18, “Very young” should be printed ensuring that it meets the primary condition where age >= 0. As such the output for the first and third example is the same. 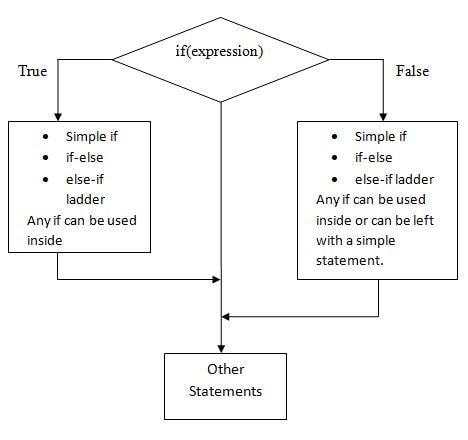 The OR operator is less strict as compared to the AND operator because unlike the AND operator where both operands need to be true to return true, an OR statement requires only one operand to be true to return true. In this example, if the weather is either hot or dry, it would print “Summer”. Otherwise, if it is either cold or chilly, it would print “Winter”.

A NOT operator is used to reverse the result where if the result is true, then it returns false and vice versa.