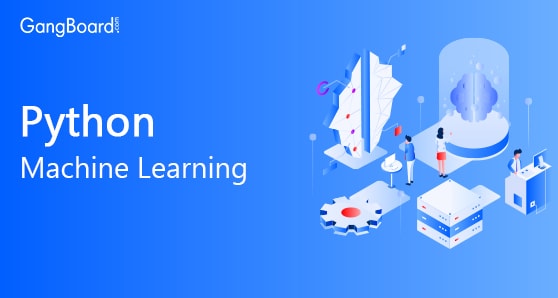 Why Python is popular language used in Machine Learning?

Have you ever noticed, the automatic pop up replies that appear on the screen, before we type into the chat box or the auto fillers in the new Gmail Compose screen?
Ever wondered how does the system recognises the words and fill up automatically?
This is the era of Artificial Intelligence and Machine Learning is one of the dominant factors that add up to the building blocks of Artificial Intelligence. It is not easy for any machine or computer to identify human behavioural features to predict the reactions. Technology has come so far that now; with Machine Language the indisputable conversations have become predictable.
Now,

What is Machine Language?

Machine Language is the way that the computer is taught enough to analyse and foretell the human behaviours and decipher the analysis through a series of processes identifying the patterns, texts, images, voice notes etc.


Become a Expert in Machine Learning in 35Hours
Now how do you make a computer understand what human behaviour is like?
It is again a cumbersome task, as computers don’t use or predict human perspectives easily. This is where Machine Language came in to picture.  Machine Language used to abridge the hidden viewpoints and predict future trends through various analysis.
Data mining is booming with various industries focussing on improving their business through the implementation of AI to study their customers and their behavioural pattern to augment sales. With Machine Learning, a computer is asked to perform some explicit tasks without any human interventions. Using Machine Learning raw data is collected from various channels and then assessed and complied to form meaningful information to reach conclusions on what the customers require, in a way helping businesses prosper.
Various languages are used in Machine Learning to analyse data. Popular ones include Python, R, SAS etc.

Why Python is preferred in Machine Learning?

Coding to comprehend human behavioural patterns and identifying future trends and needs based on patterns and designs or images floating in the web is never an easy task. Even though there are many coding languages hovering in the industry, Python is a particularly economical one among the programmers.
Mostly the semantics in Python is more maths-like, hence mathematicians and data scientist find it easier to understand, hence not much of a learning curve is required for them. Python is one such language which is easier to understand, even by a layman. Lighter complexity and easier applications become the major factor that makes Python quite prevalent.

How does python effectively help in Machine Learning?

Machine Learning is all about having the ability to read and analyse data. It is all about data and data alone. In Machine learning the data be it raw, cluttered, fragmented etc. are collected and using various algorithms, analysed, sorted and arranged in an organized manner to project better understanding.
Being a fast, flexible, cross-platform development tool, Python is one among the fast-growing programming language dominating the Machine Learning compared to its peers.

Most of the programmers claim that the inbuilt and expanding libraries in Python, the frameworks etc. makes Python so coder-friendly. Even extensions like SciPy, NumPy, which are basic of Python makes development easier and takes up a shorter amount of time. In order to develop sophisticated models for data mining, Python also facilitates integration with various other languages. Python’s set of libraries gives an extra edge to the language, which simplifies the coding and the coder need not bring in too much modification while developing. Python always brings in a collaborative mode when in use, as it is compatible with other platforms and languages. Python syntaxes are common like a colloquial one, which makes it easily understandable without much complication.
Python is again an open source language, that is extensively available for anyone who wants to learn it. The extensive libraries and inbuilt functions help in coding a better way. The less-cryptic nature makes it more a programmer friendly language and hence can be simply implemented. Python is dramatically augmenting its services through various popular applications in the Technology related platforms. Several companies are using Python to extract data and manipulate various data into meaningful information.


Become a Expert in Python with certificatioin

Other Languages for Machine Learning

Most of the data scientist, if you investigate, use SAS or Excel, which is tough to be used in the case of handling complex datasets as well as complex and large databases. Another important tool which is prevailing in Machine Learning is R, which is again composed of Statistical Analysis. Even though many popular coding languages are being used, the ease and compatibility make Python a master in Machine Learning.