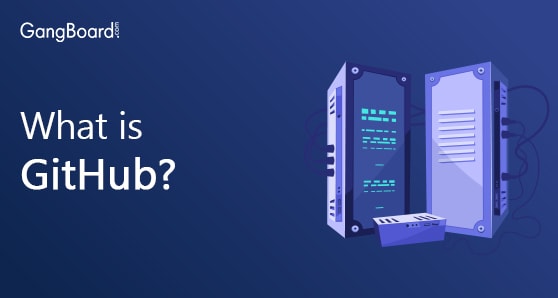 Github is a hosting platform wherein developers can store their computer code in the github server in files and folders called repository and track them continuously. It is an open-source version control and collaboration platform for program developers.
It helps all the programmers to collaborate with each other who are working on a similar project and also share their code easily as and when required. The collection of these files will shows the source code of a program which is spread across the files to make it easier to manage what can be many thousands of lines of code and still be able to find the parts you need to find.

What is version control?

Version control is the management system that manages the changes that you made in your project until the end. The changes may of the kind of adding a new file or modifying the older file. Version creates a snapshot of every time you make changes to your project. These snapshots are known as different versions.
Keeping track of such a large collection of information is a difficult task. This is where a software called as version control system helps; it allows to keep track of the history of all changes made to the code and examine properly to see exactly what changes were made. It keeps track of what kinds of changes were made exactly, when the changes were made and to see who made those changes and also to know the reason behind these changes made to the code.


Become a GitHub Certified Expert in 25Hours
Whenever a program developer makes any changes to his code and uploads them to his own copies of the files in the github server then all this information are recorded along with the notes in what is called a changeset. This will help to note all the changes made to those files and also to keep track on the files which were uploaded together.

How to use GitHub?

Github can be thought of as a social networking site for developers to share their code and view other’s code. Here members can follow each other and rate each other’s work. It also allows you to receive updates about the different projects which you are interested in and communicate with other members in public or private.
Once you a create github account, you need to create a repository. To create a new repo you need to use the ‘git init’ command. This is a command you need to use during the initial setup of the repository. Once you executive this command it will create a new ‘.gitsubdirectory’ in your current working directory and this will also create a new master branch.

It’s free and it is open source:

As discussed earlier, github is completely free and you can use it without paying and since it is an open source you can download the source code and can make changes as per the requirements.

Since most of the operations are preferred locally, it allows huge benefit in terms of speed.

Here chance of losing data is very low as it provides the multiple copies of it.

Once you know the usage of github repository you can go ahead and start using it. It has the best interface to its concepts and is a solid base to work from. Github is the most preferred platform of developers especially whenever the developers are working on a single project from different locations.