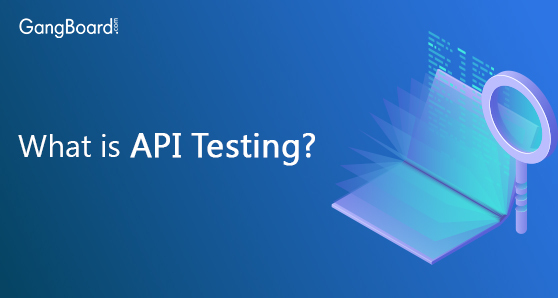 Popularly known as Application Programming Interface, API acts as an interface between two software applications that helps to coordinate well with each other.
Talk about API testing, it is comprised of APIs directly and includes integration testing as well. The testing will help to conclude whether the API has the ability to meet expectations with respect to security, performance, and an application’s performance.

What are the Things to Consider before the API Test?

Following are the things that you need to consider before getting started with the API test.

What are the Different Types of API Testing?

Following are the types of API testing you should know.

This kind of testing includes input parameters in XML or JSON Payload. In addition, it helps provide a response code within just a millisecond.

It helps to check the actual performance and at the same time, helps evaluate how much traffic the system can be handled without any difficulty.

It displays the type of authentication which is in need and checks whether sensitive data is encrypted over HTTP or not.

Another popular testing which helps you to search vulnerabilities of an application from hackers.

The API is tested compulsorily by inputting into the system to attempt a forced crash.

It helps to monitor an application by looking out for possible queries such as exceptions and resource leaks.

What are the Benefits of API Testing?

Listed below are the benefits of API testing. Let’s take a look at them.

One of the biggest advantages of API testing is that it provides access to the application, avoiding interaction of end users. This would ultimately allow the tester to detect and recognize the errors at the earliest rather than becoming larger issues.

API test requires a unique set of conditions and inputs, which prevents breakdown of the application substantially. These API tests push software helps remove such vulnerabilities.

Using XML or JSON, the data is interchanged in an API test. That’s the reason; an API test helps you to pick core language when using automated API testing services for your application.

What are the Possible Challenges in API Testing?

When it comes to API testing, the following are the challenges you’ll likely to face.
1. Getting the testing infrastructure is one of the most challenging parts of the process, not because it is particularly difficult, but it might kill your level of motivation.
2. Another thing is that the data formatting that handles requests, needs to be maintained throughout the testing process which is indeed a potentially daunting task.
3. APIs handle communication between systems by assigning data values. It becomes important for you to check and evaluate all possible parameter request combinations in order to find out any vulnerability.
4. Validating the parameters sent through API requests, however, a sheer number of parameters and use cases for those parameters can make it difficult for you.
5. Ensuring whether the API testing system is working correctly with the data tracking system can be a time-consuming task.

What are the Things that need to be verified in API Testing?

Basically, on API Testing, a request is usually sent to the API with the known data and then the response is analyzed further.