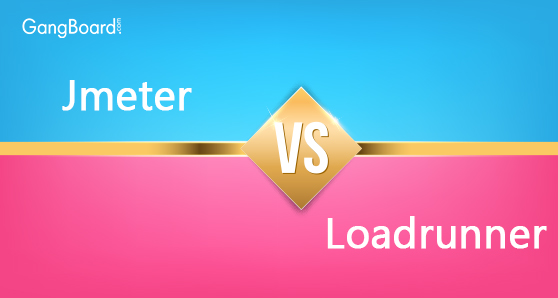 Jmeter Vs LoadRunner – Which Is the Better Performance Testing Tool?

Performance testing tools are software applications that are used to test other services and applications. And when it comes to software testing the two big names in the current market are HP LoadRunner and ApacheJMeterr. Both of these software use increase load in applications to find their limitations as well as have effective methods to trace out bugs in the tested application.
Choosing one of them is a head scratcher when LoadRunner has the reputation of being backed by a quality company, Jmeter is open source and promises to deliver more. We will be looking at the key differences between these applications and help you decide which one you should go for based on your requirements.

To make things easier for you we will compare both of these applications based on their functionality and features. All of which is presented below in the form of a comparison table that differentiates both features as well as a functional difference between JMeter and LoadRunner.

Get Prepared for JMeter Interviews !

Now that we went through all the technical differences between these applications, let’s take a closer look at some of its key inconsistencies.

Get Prepared for LoadRunner Interviews !

The Apache company developed Jmeter to tackle the expensive HP LoadRunner application testing software. It matches the LoadRunner in a technical capacity and is considered as one of the most advanced tools among all the open source platform testing applications. It is a simulated application that allows virtual users to make the same requests as a browser would.
Looking at the LoadRunner vs Jmeter facts, one feature that sets apart Jmeter from its competitors is its extensive Java plug-ins. This allows the user to add functionalities just by scripting in the necessary Java plug-in. Another area where Jmeter is different from LoadRunner is the load conditions. LoadRunner defines load in terms of requests per second whereas Jmeter defines separate load conditions for synchronized users.

Though the methods adopted by HP LoadRunner is old school and complex, it has worked in favor of the company and many organizations still use it to perform application tests. On the other hand, with minimum technical efficiency and an open source platform, Jmeter is constantly climbing the ladder to become a successful performance testing application.
Between LoadRunner vs Jmeter, Jmeter is perfect for you if you are a sole engineer that loads testing with over hundreds of virtual clients, being an excellent solution for small software development tests.
We hope that this blog has cleared all your doubts regarding the inconsistencies between Loadrunner vs Jmeter and help you choose the one that will suit you best.