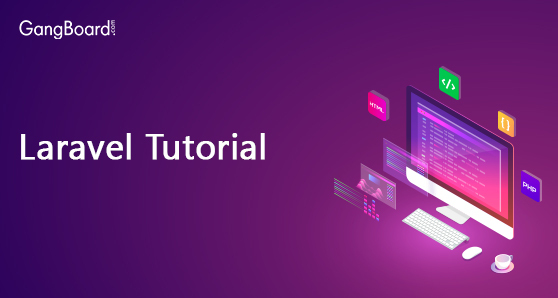 Laravel Tutorial: Developing A Website Has Become So Informal

Laravel can be defined as a powerful MVC PHP framework, designed for developers who need a simple and decent toolkit to create full-featured web applications. This simple application was given shape to by Taylor Otwell. Since its initial release in 2011, Laravel has experienced exponential growth. In 2015, it became the most starred PHP framework.

Laravel is an open source PHP framework, which is quite comprehensible. It has a built-in model view controller design pattern. Lavarel reutilizes the existing components of different frameworks that subsequently help in creating a web application. The web application designed, using Lavarel, is more structured and rational. Laravel project examples are as under:

Laravel offers exceptional functionalities, adopting the basic dynamics of PHP frameworks such as CodeIgniter, Yii and other programming languages like Ruby on Rails.

Being a previous user of Core PHP and Advanced PHP, Lavarel will simplify things. When you are beginning from scratch, knowing these elements beforehand is quite time-saving. Besides, a website created with Lavarel is secure from web attacks.

A composer is a tool that accommodates all the dependencies and libraries. With the help of Composer, a project is easily created in relation to the said framework as used in Laravel installation. Composer can also help in installing third party libraries. The dependencies are recorded in a JSON file that is situated in the source folder.

Artisan is a command line interface used in Laravel. It harbors a set of commands that leads to creating a web application. These commands are derived from the Symphony framework, producing add-on features in any Lavarel version.

20 built-in libraries and modules are provided by Laravel that helps in upgrading the application. Every module is equipped with a Composer dependency manager which enables every minute update.

Laravel includes features and helpers that help in testing. Maintaining the code as per the requirements has become more convenient.

It ascertains a flexible approach to define routes in the web application. Routing enables one to scale the application in a better way and thus, performance is improved.

Continuous change in configuration might happen because a web application design passes through different environments.

Visit the below-mentioned URL and download the composer to install it on your system.
https://getcomposer.org/download/

Now you need to type the following command to create a new Laravel project using a composer also found in Laravel tutorial PDF.
The composer creates a project –prefer-dist laravel/laravel mylaravel
You can replace mylaravel with your desired project name.

If you have done the steps mentioned above carefully and then you need to check whether it is properly working or not and for that, you need to test the installation by opening the following link in your browser.
http://Localhost/mylaravel/public/

It is the application folder that encompasses the entire source code of the project. It includes events, exceptions and middleware declaration. The app folder contains several subfolders as explained below.

The Console incorporates the artisan commands significant for the Laravel directory structure. It consists of a directory called Commands, where all the commands are represented with the proper signature. The file Kernal.php denominates the commands declared in Inspire.php.

This folder comprises all the functions for the desired project and is used to trigger actions, raise errors or important validations and implement exceptional versatility. Laravel creates a database and grasps all the events under one directory. The default file inserted is event.php where all the primary activities are declared.

The Http folder has sub-folders for controllers, middleware plus application calls. As Laravel accompanies the MVC design pattern, this folder involves model, controllers, and views determined for the particular directories.
The Middleware sub-folder covers middleware phenomenon, including the filter mechanism and interaction linking acknowledgment and Request. The Requests sub-folder incorporates all the requests of the application.

The Jobs directory manages the exercises queued up for the Laravel application. The base class is assigned among all the Works and gives a central location to install them under one roof.

Listeners are event-dependent. Also, they comprise techniques that are used to control events and exceptions. For instance, the login event represented includes a Login Listener event.

Policies are the PHP classes which involve sanction reasoning. Laravel directory structure consists of a characteristic to generate all authorization logic within policy classes inside this subfolder.

The Provider folder covers all the co-operation providers needed to register events for kernel servers and to configure a Laravel application.

This directory includes your entire classes needed to send emails, and it is not created by default.

This Bootstrap folder encompasses all the application Bootstrap scripts. It includes a sub-folder specifically cache, which provides for all the files correlated for caching a web application. You can further detect the file app.php, which initializes the scripts specified for bootstrap.

The config folder comprises different configurations and associated parameters needed for the constant as well as the smooth functioning of a Laravel application. Several files involved within the config folder are there thus the filenames act as per the functionality connected with them.

Laravel creates a database, and thus, this directory involves several parameters for database functionalities. It involves three sub-directories as given below:

This includes the classes utilized for the unit measurement database.

This folder accommodates in queries for migrating the database utilized in the web application.

This folder is used to produce a vast data records.

It is the root folder which helps in initializing The Laravel application.

This directory contains the files that enhances your web application. The subfolders are:

This folder stores all the logs and necessary files which are needed frequently when a Laravel project is on. The relevant subfolders are:

All the unit test cases are included in this directory.

In addition to the above-mentioned files, Laravel also gives way to some other files which play a primary role in various functionalities such as GitHub configuration, packages, and third-party libraries.