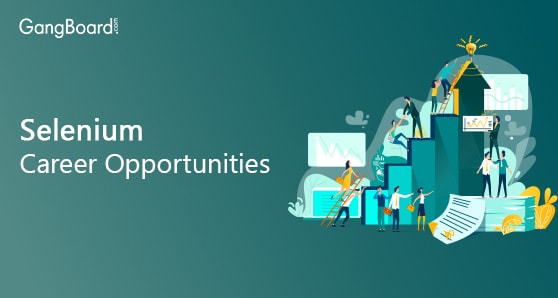 The digital world is moving away from manual testing and with the advent of new automation tools is moving towards automation testing. The most sought-after automation tool by both firms for their businesses and youth for their career advancement is Selenium. Selenium has turned out to be the most popular testing tool as it is easy to understand and provides a friendly API. It has been recognized as a powerful open source automation tool known for its effective delivery.

Developers are increasingly using Selenium for web application testing. Selenium can be used for multiple languages like Java, Python, Ruby etc and runs in different operating systems hence its user-friendly features make Selenium the finest tool available for testing. Also, they run seamlessly across multiple browsers like Firefox, IE, Safari, Chrome. Selenium Automation Testing has become very popular among the developers as automated testing is rapidly replacing manual testing. It is in great demand as it gives you a better exposure in the industry. Many experts recommend Selenium as a tool nowadays because it is an open source framework and after all free to use. Who would like to spend in the license cost of other testing methods when you have a clear cut, one shot, free of cost solution that would serve the same purpose?

The scope of job opportunities in Selenium Testing is very high for skilled professionals. They are prevalent in Indian as well as markets abroad. Test Automation has gone through so many changes over the past 10 years. Selenium being the best software testing tool, its demand is at the peak right now. It is also considered as a web standard automation tool because it is supported by almost every available browser like Firefox, Chrome etc. Step by step you grow as a ‘Test Executer’ (observes, executes and report bugs), ‘Test Designer’ (Critical analysis and manages matrices), ‘Senior Tester’ (By reaching this level a test engineer is considered as a specialized tester where he/she can work in various business sectors like finance, health, e-commerce etc), ‘Technical Tester’ (highly specialized in security testing and automation), ‘Test Manager’ (organizes and manage a team, executes plan etc). Selenium Automation Tester, Selenium Analyst, Automation Selenium Test Lead. To name a few these are some reputed job profiles that are offered to the candidates.

Salary varies by company, the skill level of an employee and past experience. The latter two i.e. skill set & experience are something that really counts in this automation testing. The average salary range of Selenium Test Engineers in India is between 3,50,000 and 5,00,000. The Senior automation engineers earn a salary of >7,00,000. In US salary is between $40,000 and $75,000. According to payscale.com, the average salary of an Automation Engineer in India is around 4.5lakhs per annum at an initial stage. Software testers get health insurance, bonuses and many other perks. A Senior Test Automation Engineer’s average salary is around 8lakhs/annum. Huge chances of salary hike with experience and after indulging more and more in this field, a lucrative career can be heralded. Any tester has a great opportunity of towering growth throughout their career. By beginning as a ‘trainer’ one can constantly grow by obtaining new skills and learning about new technologies.

If you are much into software testing and love gaining technical knowledge then Selenium will definitely be a cakewalk for you. Anyone pursuing a career in manual testing can easily use his/her knowledge of Selenium for professional advancement and skill enhancement. Learning Selenium is not a costly affair as it is an open source. Research by Forrester says testing is currently the ‘most popular phase of the software delivery in which to apply Artificial Intelligence’. As no software ever been produced, were produced without bugs so, a little knowledge of this easy and cost-free tool for manual testing will ensure high-quality results. There is a long list of companies, across the globe that relies on Selenium tools for their testing needs. Not to forget that Selenium is the most preferred test automation tool by tech giants like Microsoft and Facebook. Along with various salesforce companies like Google, Mozilla, LinkedIn, ThoughtWork, IBM etc use Selenium.

We need to mention that ‘Jason Higgins’, the person who started the Selenium project, now works at Google. Multinational Companies like Infosys, Accenture, Wipro, Cognizant etc hire Automation Engineers with the sound knowledge of Selenium every year. Software testing is an ever evolving field and testing and development teams are always in dire need of people who can help them with their knowledge of these magical tools. Due to many benefits and ease that Selenium offers it is highly preferred so you can without putting much thought think of making your career in this field.