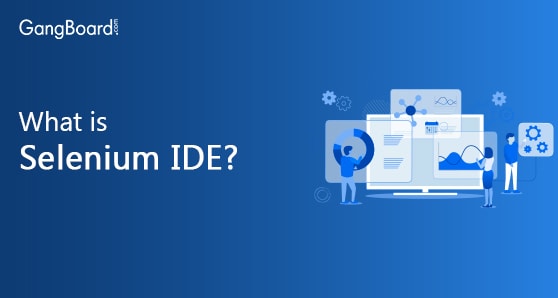 Selenium IDE works as a tool in the Selenium suite where IDE stands for ‘Integrated Development Environment’. It was initially used as a Firefox plug-in and available on Chrome Store recently in updated versions. It allows you to test and playback tests in the browser where you can perform editing, debugging and recording tests. In short IDE provides Graphical User Interface for recording user actions. It is the simplest tool that creates tests very quickly without learning a test scripting language. Not much programming language experience is required for Selenium IDE as it is very flexible. Its record and playback feature makes it very easy and interesting to learn hence making it an ideal tool for a naive user. But it should only be used as a prototyping tool and not for some complex test cases.

The RED indicates the recording status of Selenium IDE. By Default, this Red Button is always ON. However, we can set it to ‘Open’ or ‘Close’ in options by following this image: You can check or uncheck on Start recording immediately on open depends on your scripting requirement.

We know that Selenium commands are called Selenese. Selenese consists of 3 parts:

Thus, we understand how these commands give real-time output while testing the cases.
We have now extensively discussed Selenium IDE and its amazing features. Be it Record and Play, its user-friendly testing environment and other basic functionalities. IDE’s set-up is easy and quick. Very basic programming is required to run the scripts. Its simple interface makes it the best tool in Selenium suite.  At the end, we can conclude that it is an ideal tool for automation testing and to eliminate manual errors from a program.