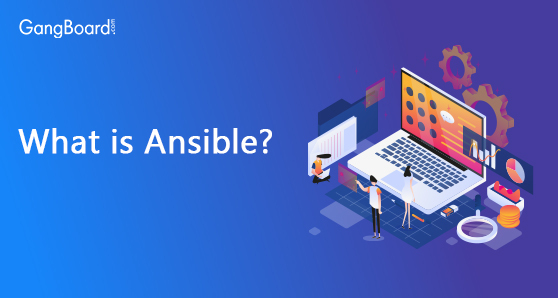 The Powerful Advantage of Opting for Ansible

In the IT industry, Ansible and Automation are nowadays being considered synonymous. There will hardly be a person in the IT industry who hasn’t heard of Ansible. But this is not a decades-old platform that has gained popularity over an extended period of time.
Ansible came out of nowhere and took the IT industry by storm. It now ranks no. 1 for Software Automation in a thousand successful organizations. Let’s find out what this tool actually is and what it does.

The Need for an Automation Platform

Let us begin by understanding why an Automation platform like Ansible is needed in the Information Technology industry and why it is so coveted by IT professionals.
Imagine the tedious work involved in a System Administrator without an automation tool. He/ She would need to perform operating system customization, deploy apps, manually deploy/ modify Virtual Machines, and be responsible for any installation of updates/ security patches. Also, in such a scenario, the DevOps efficiency is extremely low, resulting in low performance and customer dissatisfaction due to delays.
All this, as we now know is totally unnecessary manual work. The automation tools that have been developed in response to this daily manual work, can take care of all these tasks without the hassle and without any human errors. The automation tools have resulted in taking off a lot of workload from the admins, by automating lots of manual tasks, thus improving efficiency in the total work being done.

Simply said, Ansible is an open source platform that takes care of Automation. Other applications of Ansible include; app deployment, IT orchestration, and managing configurations. Complex tasks can be effectively handled with the help of this simple tool. Ansible can be considered to be a one-stop automation platform that takes care of all the automation steps in addition to performing several other tasks as mentioned below. Hence, Ansible not only removes a lot of tasks from your daily to-do list but also improves the reliability of the processes, since it removes the scope of human error by automating the task sequence.

What are the Tasks Performed by Ansible?

Ansible has more than 1300 modules, which are akin to mini-programs, in diverse areas such as Database, Cloud, Windows, Network, Web, etc. which are executed by playbooks. These modules help the tool perform the following major tasks such that it serves its function as an efficient Automation Tool. It does not simply perform configuration management but takes care of other assorted tasks as well.
1. Consistently maintaining software and computer systems in their desired state are what Configuration Management chiefly aims to achieve. Multiple components are involved in the huge role of configuration management, such as software, networking, servers, storage, etc. The steps involved in configuration management include;

2.  Ansible has the capacity to perform the Provisioning of VMs, Cloud platforms, networking devices, and even bare-metal servers. Various servers required for the company’s infrastructure can be set and maintained.
3.  Ansible ensures that you won’t have to manually perform Application Deployment. There would be no need to write custom code for the automation of systems. You simply need to write a playbook that covers the list of tasks that need to be done. The tasks get executed sequentially, without any need for manual intervention. Ansible, particularly Ansible tower, thus helps you deploy multi-tier apps, efficiently and without any delay. Due to the easy deployment of internally developed application systems to the production units, optimum DevOps efficiency is achieved.
4. Imagine the chaos that might result out of multiple configurations operating randomly in your environment. A vital task that Ansible achieves is the Orchestration of non-associated components into a superbly managed system unity. This is a huge task to be achieved which Ansible perfectly manages using automated-workflow, provisioning, pre- and post-tasking, change management, etc. Moreover, the entire sequence of tasks is executed one after the other, precisely. A great advantage in this is Ansible’s portability. Once the infrastructure is completely defined in playbooks, the entire orchestrated sequence can be run wherever needed.
5. A very important role in the entire functioning is played by the Security and Compliance part of the infrastructure. Ansible ensures that security policies, involving tasks such as firewall functioning, and compliance rules, such as blocking a user, are maintained at appropriate levels in a multi-tier complex system. Through its Management of Security & Compliance, Ansible ensures that security and compliance sequences are executed in harmony with the rest of the automated processes.

Ansible: The Most Preferred of Them All

Let’s face it, Ansible is not the only automation tool in the market. Other tools like Puppet and Chef also serve as automation tools for the IT infrastructure. Then why do companies prefer Ansible above these other tools? Let’s find out why.
The chief advantage that Ansible wields over the others is Simplicity. The reason for Ansible being a simple platform, much preferred by a majority of users is that it involves a simple configuration language, YAML.
Ansible also has the advantage of being Agentless. This is not the case with Chef and Puppet, wherein you need to primarily install an agent on every system that you want to manage. In the case of Ansible, you just need Python installed in the case of Linux hosts, or PowerShell in Windows servers. Since Ansible uses SSH for connecting to the nodes, and thereby communicate with remote hosts, it is only required to be installed in the control machine.
The learning rate in the case of Ansible is very fast since it comes with an easy installation process and easier initial configuration. Since YAML, has been used, which is a user-friendly language, the syntax and workflow become easier to grasp and operate even by a new user. This Lower Learning Curve is a distinct advantage of Ansible.
It is due to all these distinct advantages of Ansible that it has risen to one of the most preferred tools by companies around the world. The list of companies that have adopted Ansible includes names such as NASA, Apple, Evernote, and Intel. In retrospect, it can be said that Ansible has played a dominant role in ensuring a DevOps efficient business environment.