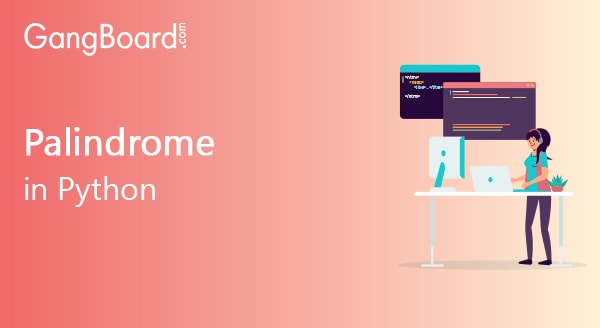 In general, Palindrome is a sequence of alphabets or numbers that appears the same when read from the start to end or from the end to start. Some examples are

In the case of a series of numbers, a number is said to be a palindrome number if the complete reverse of the number is still numerically equal to the original number before reversing.

Now we will see how a simple Python program can be written to verify if a number is a palindrome or a non-palindrome.

The goal is to check if the input number is a palindrome number or not and print the respective result.

Now we have seen how to write Python programs to check if a number or a string is Palindrome or not. Going further let us see how a loop can be employed to perform the same checking.
Consider the following program example:

Now let us look at another alternate method for Palindrome number verification by a different logic.
Consider the below code sample:

Finally, there is one another method for palindrome verification in which one can extract every single letter from the string and store it in a variable that is empty. The final step is to compare both the strings once all the characters from the original string are stored in the new string. Consider the following code logic:

I hope this article helped you in advancing knowledge about Palindromes in Python programming language.