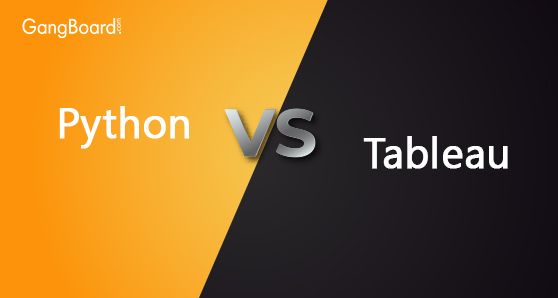 What is Computer Programming? To solve a problem, we write a few lines of commands into the computer and it follows these instructions one after the other. When executed correctly, these instructions would solve the problem (layman examples: add two numbers, insert data into database, find Fibonacci number, etc.).

Making the computer understand the commands is not straight forward for us humans. Because, the language of the computer is different and unique. Computer only understands that basic level language and nothing else (an example of such language is also called – BASIC). Now, this is a tricky situation for the humans because we don’t use the computer language in our daily communications. Hence, we need to learn it for the sake of communicating with the computer (that is, executing programs in it) and it is a drag. You’ll have to spend time in understanding and interpreting the language rather than solving problems.

So, learning the language and any kind of further debugging along with the handover become extremely cumbersome for the users who code in these languages. So, software developers have come up with higher level languages as a solution.

To make the interpretation and understandability better for the developers, they have built languages over the basic computer language so that any commands written in this language would be indirectly executed in the basic language. The advantage of these kind of languages is that the programmers can code, to an extent, in understandable syntaxes (e.g.: in English, using signs that are interpretable). Python is one such high level coding language. To simply put, Python is a high level programming language that is widely popular in the software circles. The popularity mainly raises from three reasons:

Commands in Python are simple to write as the syntax is quite close to the simple English commands we use on a day to day basis. This makes the execution side of the work easier for the coders and thereby concentrate on the effectiveness of the solutions

Computer Programming is a mammoth. There are thousands of problems out there with programmers trying to solve in hundreds of computer languages. Being an open source software and the ease of usage, there are thousands of coders who use the language. They’ve come together and share their problems and solutions thereby making the mundane problems simpler to deal with rather than waste valuable time on them (you don’t want to write a function for division every time).

As the coders solve for unique problems day in and day out, the structures within which they function remain largely similar – the data structures, the operations, mathematical applications, etc. As the problem at hand becomes complex (which would be the case in the real world), spending a majority of the time in writing them over and over doesn’t make sense. Hence, the community has come together to build packages (essentially, libraries in python which can solve a few distinct set of problems – like all mathematical operations, etc.). As the community is strong, so are the density of these packages that are prevalent.

Problem-solving is majorly an exercise of taking decisions. When the right decisions are taken, the problem will be solved (Eg: you want to write an essay, you decide to wake up at 5 am). Now, the accuracy of the decisions is very strongly based on the experience available in the system. Experience, in other words, is essentially data.
To be more precise, experience is insights from data. When you want to write an essay, how do you know you’ll have to wake up at 5? Because you’ve done it 10 times previously, so one would have an idea of how long it would take to write an essay and hence decides to wake up at 5. So, the previous experience (which is data), coupled with the vivid idea of how long it would take to write the essay (which is the insight), would help him/her take a decision. To conclude, problems are solved through insights from data.

Any organiaation is filled with hundreds of such problems. How to ensure that the run rate of the last year has been hit? Why did the sales go down this quarter? What should they look at to improve their recruitment policy? What would make their employees more happier? The list goes on. And one of the starting points for attacking these problems is data and the insights from it.

MS Excel is a great tool at managing data. Excel is capable of storing and showing visual interpretations of the data that would help in arriving at fruitful insights. But, Excel has a critical limitation. It cannot manage larger amounts of data. You add 10 columns of data for ten thousand rows and you can see Excel struggling. The data generated in the industries these days is not only huge, but also complex. and the dimensions of data re also multifold. For example, an commerce clothing company would have: product level data, employee level data, sales level data, inventory level data. The list just goes on. Data consumers would need something more roust and concrete as a solution to come up with insights.

The answer is Tableau. At the heart of it, Tableau is a strong data visualisation tool. And it is growing fast. A few reasons for it:

Data these days is available in various shapes and sizes. Also, in different formats and stored in different places. Tableau connects with any kind of data source or format that is prevalent in this day and age – csv, xls, xlsx, son, txt, etc. Data can be imported from the prominent servers – MySQL, Amazon Redshift, Tableau Server, etc.

Ease of Usage and Visual Cues:

Tableau can be used and exploited by an average working professional with no need for any programming expertise. This near zero learning curve of the platform makes it a tool that can be worked on from day zero. User would reach his insights through colors, gridlines, graphs, etc. making it user friendly. The desired views can be reached by actions as simple as drag and drop of properties.

Tableau Desktop is extremely easy to install and comes with almost all the features that are available, so they can go ahead start and complete data analysis. Tableau lets you to map different raw/semi structured data together without any additional costs for the service. This makes working on complex data easier to interpret.

Comparison  Of Python Vs Tableau